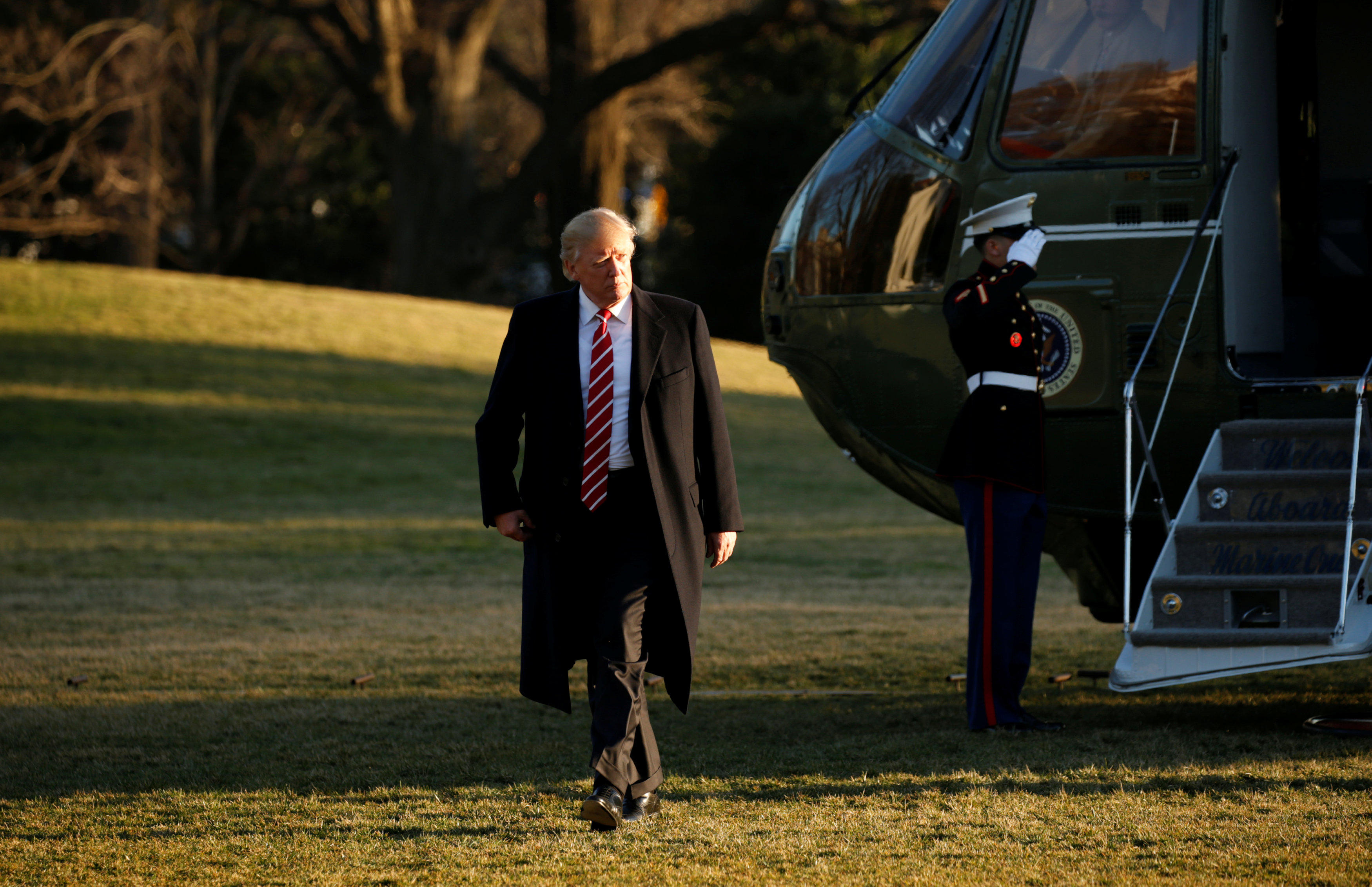 The White House released a list of terrorist attacks on the West Monday evening, after President Trump made an unsupported claim earlier in the day that terrorist acts in Europe weren’t being reported by the press.

“All over Europe it’s happening. It’s gotten to a point where it’s not even being reported,” the president said in a speech at Central Command headquarters in Florida. “And in many cases the very, very dishonest press doesn’t want to report it. They have their reasons, and you understand that.”

“He felt that members of media don’t always cover some of those events to the extent that other events might get covered,” Spicer said. “Like a protest gets blown out of the water, and yet an attack or a foiled attack doesn’t necessarily get the same coverage.”

The White House prefaced its Monday evening release with a statement saying that, since the Islamic State of Iraq and Syria (ISIS) declared its caliphate in 2014, “There has been a major attack targeting the West executed or inspired by the group more than once every two weeks.”

“Most have not received the media attention they deserved,” the White House added, although many of the attacks were covered by the media.

CBS News covered, in some cases heavily but at least to some extent, more than 74 percent of the attacks on the list.

The White House list of attacks, which includes misspellings, follows:

TRIPOLI, LIBYA
January, 2015
TARGET: Ten killed, including one US citizen, and five wounded in bombing and shooting at a hotel frequented by westerners
ATTACKERS: As many as five ISIL-Libya members

SOUSSE, TUNISIA
June, 2015
TARGET: 38 killed and 39 wounded in shooting at a beach frequented by westerners
ATTACKERS: Seifeddine Rezgui and another unidentified attacker

PARIS, FRANCE
August, 2015
TARGET: Two civilians and one US soldier wounded with firearms and knife on a passenger train
ATTACKER: Ayoub el-Khazzani

HURGHADA, EGYPT
January, 2016
TARGET: One German and one Danish national wounded in knife attack at a tourist resort
ATTAKER: Unidentified

ORLANDO, FL, US
June, 2016
TARGET: 49 killed and 53 wounded in shooting at a nightclub
ATTAKER: US person

NICE, FRANCE
July, 2016
TARGET: 84 civilians killed and 308 wounded by an individual who drove a truck into a crowd
ATTACKER: Mohamed Bouhlel

COLUMBUS, OH, US
November, 2016
TARGET: 14 wounded by individuals who drove a vehicle into a group of pedestrians and attacked them with a knife
ATTACKER: US person