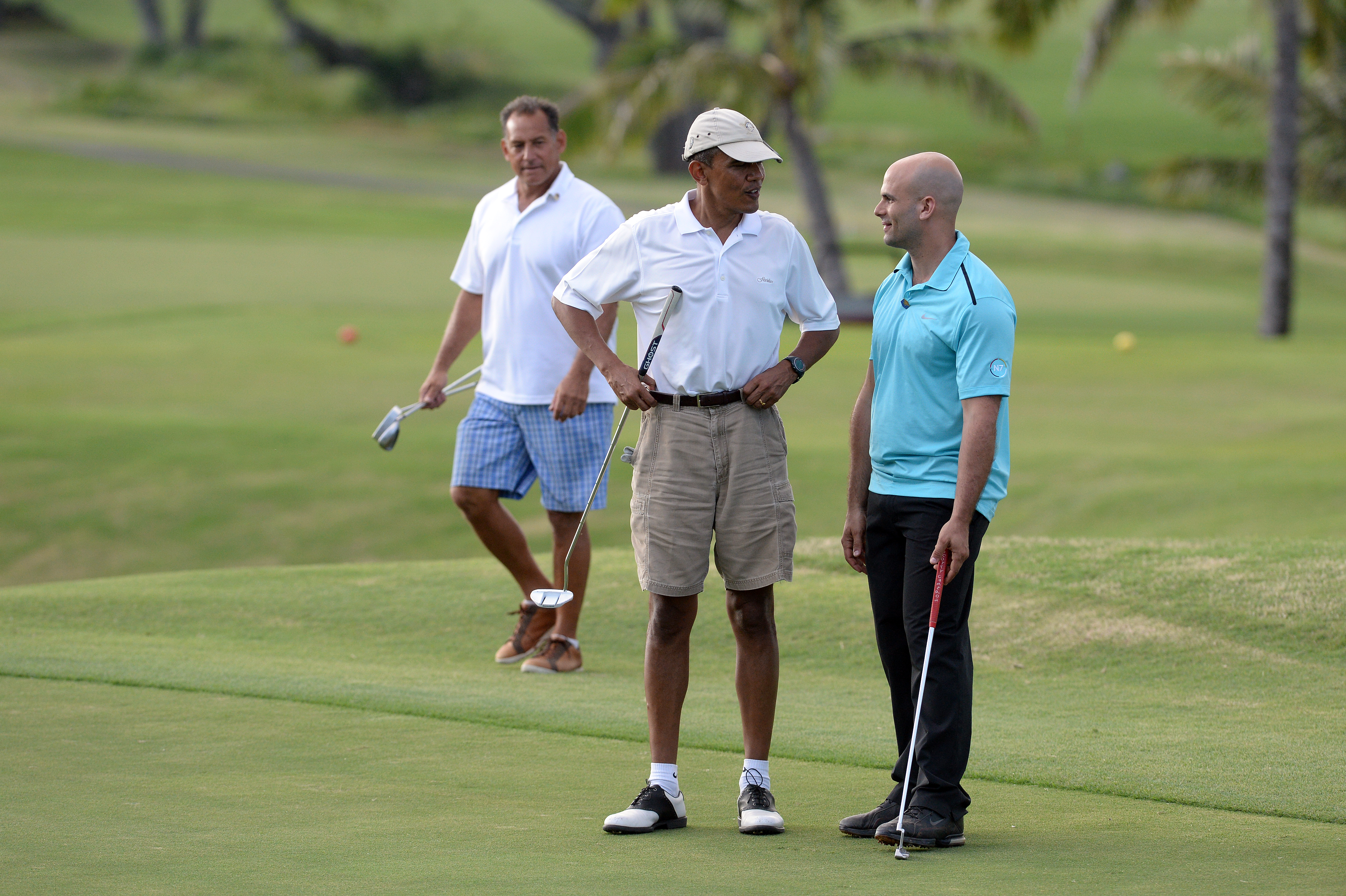 Sam Kass has been a fixture at the executive mansion, serving up nutrition policy as well as meals for Obama, his wife, Michelle, and daughters Malia and Sasha. He was not only their personal chef but also senior adviser for nutrition policy, giving him a seat at the table where administration officials hashed out everything from updated food labels to new requirements for healthier school lunches.

Kass, a newlywed, is leaving the White House at the end of the month, but don't ask him what the Obamas like or don't like to eat. "Top secret," he said.

Kass' relationship with the Obamas started when they hired him to cook healthier meals for the family in Chicago before the 2008 elections. Michelle Obama was a vice president at the University of Chicago Medical Center and caring for young daughters, while Obama was a U.S. senator spending most of his time in Washington.

But the relationship sprouted well beyond the professional. Besides Kass' tireless work for Mrs. Obama, for whom he wore a third hat as executive director of her anti-childhood obesity campaign, Kass sometimes traveled with Obama and joined his weekend or vacation golf outings. Obama, in turn, blocked out several hours on his busy schedule to attend Kass' late-August wedding.

Obama said Kass "has grown from a close friend to a critical member of my team" and has left "an indelible mark on the White House." Mrs. Obama praised Kass' "extraordinary legacy of progress," which she said includes healthier food options in groceries, more nutritious school lunches and initiatives to improve how food is marketed to kids.

Unlike any White House chef before him, Kass helped make decisions with far greater potential consequences than whether the president's veggies, which Kass often plucked from the first lady's garden on the South Lawn, should be steamed or sautéed.

The school lunch changes have led Mrs. Obama into a public spat with the School Nutrition Association, an industry-backed group that represents school cafeteria workers and food companies that sell to schools. The group has lobbied Congress to weaken the standards, arguing they are a burden on financially pinched districts and a big reason why kids are throwing their lunches into the garbage.

A House Republican-led effort to allow some districts to ignore the new lunch standards altogether failed to advance in Congress, but requirements for more whole grains in school foods will be eased instead. The fight over the broader standards is expected to heat up again next year when Republicans, who are sympathetic to the association's arguments, will control both houses of Congress.

Nutrition advocates say anyone who hopes these issues will disappear with Kass will be disappointed.

"This administration is very committed to nutrition and obesity prevention. That commitment runs very deep," said Margo Wootan, a nutrition lobbyist for the Center for Science in the Public Interest, who has pushed for healthier school meals.

Despite her group's issues with the lunch standards, Patricia Montague, the School Nutrition Association's chief executive, said Kass and "Let's Move" played "an important role in promoting healthier lifestyles for children both at school and at home."

Testifying to Kass' commitment, former colleague Kristina Schake said Kass spent weekends living the work he did at the White House, including visiting farms, farmers markets and food purveyors. "He can talk about different types of lettuce the way other men talk about sports teams," she said.

Kass said his big plan after leaving the White House is to get some sleep, and "I guess I'll also be the chef for my wife."

"There is no need for two chefs in the White House. One is enough," said Roland Mesnier, who spent 25 years there as executive pastry chef. He was referring to executive chef Cristeta Comerford, who likely would have prepared Obama's meals had Kass not come along. She handles menus for official White House entertaining, such as state dinners.

Trump still "king" and "kingmaker" to some in Pennsylvania
Thanks for reading CBS NEWS.
Create your free account or log in
for more features.
View CBS News In
CBS News App Open
Chrome Safari Continue
Be the first to know
Get browser notifications for breaking news, live events, and exclusive reporting.