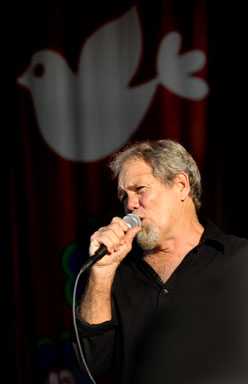 The Bush administration has asked the Supreme Court to reinstate a ban on a procedure that critics call "partial birth" abortions, setting up a showdown that could be decided by the president's new choice for the court.

The appeal, which had been expected, follows a two-year, cross-country legal fight over the federal law.

An appeals court in St. Louis said this summer that the ban on late term abortion is unconstitutional because it makes no exception for the health of the woman. In June, a three-judge panel of the 4th U.S. Circuit Court of Appeals in Richmond came to the same conclusion on Virginia's version of the law.

The Supreme Court has already scheduled arguments in November in another abortion case, involving New Hampshire's parental notification statute. That case also asks whether the state law is unconstitutional because it lacks an exception allowing a minor to have an abortion to protect her health in the event of a medical emergency.

The court should review both cases, Solicitor General Paul Clement said in the appeal, which was filed Friday and released on Monday.

"This case involves the constitutionality of a significant act of Congress that has been invalidated and permanently enjoined by the lower courts," wrote Clement, the government's top Supreme Court lawyer.

The earliest that justices could take up the federal law, known as the federal Partial-Birth Abortion Ban Act, is likely next spring. By then, the court could have two new members.

The Senate is expected to vote this week on President Bush's nomination of John Roberts to be chief justice. Mr. Bush will also soon name a replacement for retiring Justice Sandra Day O'Connor, who in the past has provided the fifth vote to strike down abortion laws without health exceptions.

In its last major abortion ruling, the Supreme Court on a 5-4 vote struck down Nebraska's so-called partial-birth abortion law in 2000. O'Connor, who voted with the majority, said that a a similar law could pass muster if it were limited to that particular procedure and included an exception to preserve the mother's life and health.

Clement noted that decision, Stenberg v. Carhart, in the government's appeal, but he said that Congress determined that late-term abortions are not needed to preserve a woman's health.

The case comes to the Supreme Court from Nebraska, where the federal law was challenged on behalf of physicians. Lawsuits were also filed in New York and San Francisco.