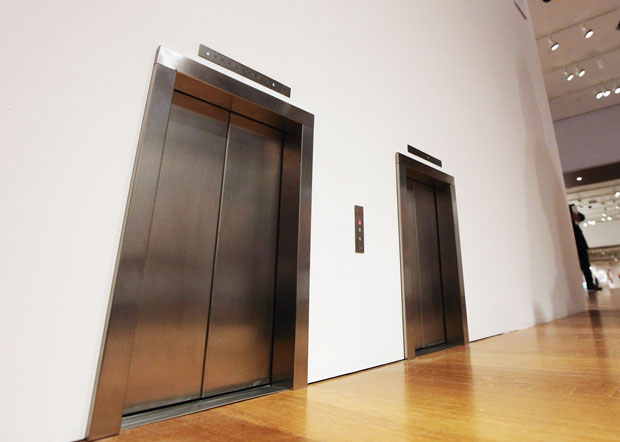 Everyone has had an uncomfortable encounter in an elevator. It's hard not to when a bunch of people who do not know each other merge in a small space. However, did you know that where you stand in the elevator is determined by your social standing?

Ethnographer Rebekah Rousi took hundreds of elevator rides in Adelaide, Australia's tallest office buildings in order to trend people's behavior. Her in-depth analysis, which included both observation and in-person interviews, proved that where you stand has a lot to do with who you are.

Her study found that there was definitely a "clear social order" to how people decided where to stand, and whether they used the different features of the elevator or just kept to themselves. There was also a clear split between males and females.

"More senior men in particular seemed to direct themselves towards the back of the elevator cabins. In front of them were younger men, and in front of them were women of all ages," Rousi wrote in her report on Ethnography Matters. "Men watched the monitors, looked in the side mirrors (in one building) to see themselves, and in the door mirrors (of the other building) to also watch others. Women would watch the monitors and avoid eye contact with other users (unless in conversation) and the mirrors."

It's not entirely clear why these trends play out, and even Rousi suggests that there could be many other factors at play, like the person's character or if the subject felt entirely comfortable being observed.