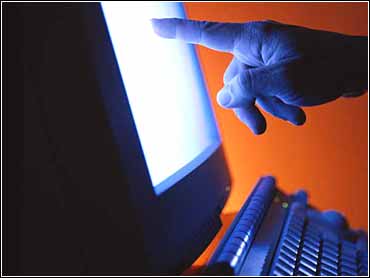 Be grateful you don't have to look for a parking space! An estimated 120 million people are out there shopping online. But there are different kinds of dot shoppers according to a survey of three thousand people done for the Web shopping portal ebates.com. E-Commerce expert Naomi Graychase…

They're called that because they shop online, but go stores when it comes to actually buying. They are more likely to be female homemakers. Then there are Time-Sensitive Materialists…who are buying online to save time. The Hunter-Gatherers…typically married, 30 to 49 with two children, who use the Web to compare products and prices. Another group is labeled Hooked, Online and Single…

"Who are young. They're hip, they're happening, they're spending lots of money. They're high income, mostly men, between 18 and 30."

Hey, wait a minute! Never mind. And finally, there are the Brand Loyalists…who don't bother with search engines….they know who they want to buy from. I can see myself classified in more than one of the groups.. Just call me a Time Sensitive Materialist Hunter Gatherer Clicks and Mortars kind of guy. And you can an archive of my reports at ThirdAge.com. Bootcamp, I'm Fred Fishkin for CBS News.