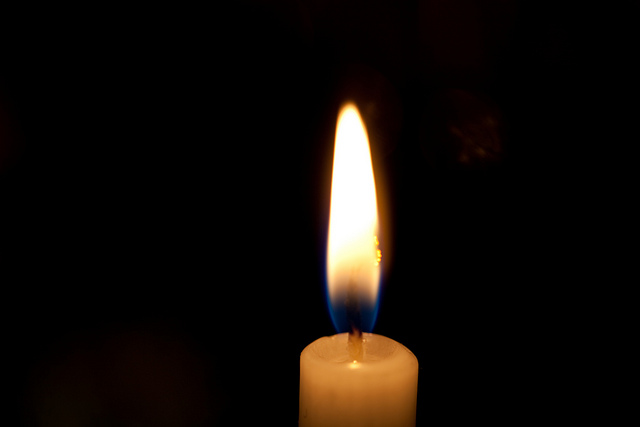 (MoneyWatch) My household lost power on Monday due to Superstorm Sandy, and regained it on Wednesday. Being alone in an increasingly cold and dark house with three small children was not much fun, though when the power came back on Wednesday and I could see photos and videos of the devastation other people experienced, it put my 48 hours of pioneer woman living in perspective.

With no TV and with our comforters providing the best option for warmth, my kids went to bed pretty early. But I had a flashlight and a long-lasting lantern. I had paper, pens -- in short, the lion's share of what people worked with for years. When I read Judith Viorst's Alexander and the Terrible, Horrible, No Good, Very Bad Day to my children recently I was struck by one illustration, of the family picking up dad from his office, that showed this reality clearly: Alexander's dad has no computer on his desk. He has a bunch of paper, writing instruments and a phone that stayed in one place. The year was 1972. Not exactly ancient history.

Yet, as a writer, in possession of paper and pens, and with hours of time open after my kids went to bed, I assumed I couldn't get any work done because I didn't have a charged up computer. Somehow I needed to type and needed internet access to do what I have come to think of as work.

It's only when you lose power and the ability to use modern communication for several days that you realize how dependent modern life is on it. Millions of us have been asking this week, "What did we do before the internet?" What if we couldn't share cute photos of our kids in Halloween costumes on Facebook? What if we couldn't check Gallup's daily polling data? What if we needed story ideas, and couldn't just the surf the web until one struck us? What do you do?

Of course, it turns out there's a lot you can do, which I soon realized. I thought through my bigger projects for the next year. I made outlines. I read the physical paper more thoroughly -- all things I know I should do more often, but don't because of the internet's siren song. When the power came on, I tweeted "Oh, internet. How I've missed you." But sometimes it's important to have a reminder that life exists without it.

If you lost power during Superstorm Sandy, what did you do to pass the time?