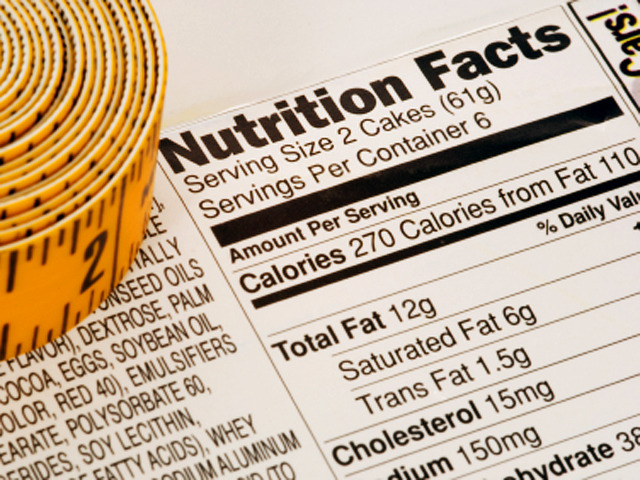 There's new math when it comes to weight loss. New research suggests we need to change the old formula for counting calories if we want to drop those extra pounds.

On "The Early Show," Keri Glassman, a registered dietitian and contributor to Women's Health magazine, shared the new way to count calories, as explained in the government's new model for the best way to lose weight, based on a study done by the National Institute of Diabetes and Digestive and Kidney Diseases and published in the medical journal Lancet.

The new web-based model incorporates the changes that occur as a person loses weight. The model simulates differences between sex, age, height and weight.

The dieting rule here says that every 10 calories cut per day will result in weight loss of about one pound over three years.

So, cutting 250 calories per day will equal a loss of 25 pounds over three years.

It sounds depressing compared to old model, Glassman pointed out, but added it's a lot more realistic, and probably more accurate.

The model looks at how energy expenditure changes over time and how energy is either used or stored.

This can also be seen in research that shows that outpatient programs for weight loss result in plateau at a six to eight months -- usually interpreted due to slowed metabolism.

The authors here believe that plateaus occur after a longer period of time - at six to eight months people usually get "sloppy".

So cutting calories does help, but just not exactly in the way it's been calculated.

A 20-pound increase in average body weight over the past 30 years equates to 10 calories per day.

This gives rise to the misconception that small caloric reductions (10 calories per day) can reverse obesity, Glassman said.

So what should you do?

Glassman says you should cut your calories, but cut them in ways where you can be consistent and cut them from places that are likely to turn to fat fastest, such as refined sugars. In addition, Glassman said, you should eat consistently through the day as to keep metabolism revved and exercise - it's better to maintain weight loss than even losing.

Glassman advised, "Listen to your body - just because your friend who is same height eats more than you doesn't mean you need to."