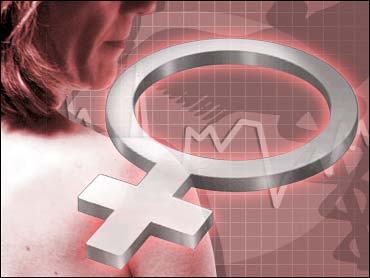 There is not enough evidence to justify the routine removal of the ovaries during hysterectomy - a common practice that may convey as many risks as benefits for premenopausal women, a new analysis suggests.

About half of the 600,000 hysterectomies performed in the U.S. each year include surgical removal of the ovaries along with the uterus. The most common reason cited for ovary removal is to prevent ovarian cancer .

But there is growing evidence that ovary removal may be associated with an increased risk for heart disease and stroke, and other age-related diseases, such as osteoporosis and even dementia .

The ovaries continue to produce hormones even after menopause that may be protective against such diseases, says ob-gyn Leonardo J. Orozco, MD, of the Women's Hospital, San Jose, Costa Rica.

In their newly published analysis, Orozco and colleagues were unable to find any high-quality controlled trials that examined the risks and benefits of routine ovary removal during hysterectomy in women with a low risk for ovarian cancer.

The analysis appears in the latest issue of The Cochrane Library, published by the medical research evaluation organization Cochrane Collaboration.

"Until more data becomes available, [ovary removal during hysterectomy] should be approached with great caution," Orozco tells WebMD. "Currently, the existing evidence does not support the high number of ovary removals in clinical practice."

The researchers concluded that there is an "urgent need" for appropriately designed trials to determine if ovary removal is justifiable for all women who have hysterectomies.

For women at high risk of ovarian cancer, including those with a strong family history of the disease and those with a genetic predisposition to get the cancer, the benefits of ovary removal are clear, says UCLA professor of obstetrics and gynecology William H. Parker, MD.

But for the vast majority of women who don't have these risks, removal of the ovaries during hysterectomy may not be justified, he says.

Parker's own 2005 study of hysterectomy patients between the ages of 40 and 80 with an average risk for ovarian cancer found no survival benefit associated with ovary removal at any age, and a survival disadvantage associated with the practice up until the age of 65.

Women in the study who had their ovaries removed had a higher risk for heart disease and stroke. The younger the women were when their ovaries were removed, the higher their risk.

More recent studies from the Mayo Clinic suggest that ovary removal prior to menopause may be associated with an increased risk for Parkinsonism and dementia later in life.

"The evidence is mounting that there is no particular advantage [to ovary removal] for the patient with a low risk for ovarian cancer, and there might be a disadvantage," University of Wisconsin ob-gyn professor David Olive, MD, tells WebMD.

Premenopausal women who have their ovaries removed are often put on hormone therapy, but it isn't clear if hormone treatment is as beneficial as ovary retention, Olive says.

He adds that many women contemplating hysterectomy still aren't being told of the potential risks associated with ovary removal.

"Physicians tell patients that their risk of ovarian cancer can be removed by removing the ovaries," he says. "What they don't mention is that this may increase their risk for heart disease, which is much more common."