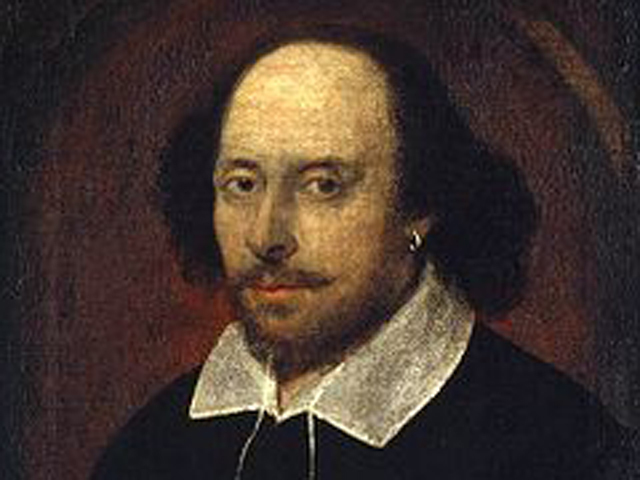 Did he, or didn't he? That is the question.

A new film is reviving an age-old controversy, and bashing The Bard.

It portrays William Shakespeare as a fraud who didn't really write all those remarkable plays and sonnets bearing his byline.

Was Shakespeare a literary genius, or something quite different?

As CBS News correspondent Seth Doane notes, his lines, such as "Parting is such sweet sorrow," are legendary.

Who else could've described Hamlet's dilemma as, "To be or not to be? That is the question."

There's no question Shakespeare is considered among the best playwrights ever.

But, were "his" words really his?

A theory that's persisted for more than a century within a small group of people is being catapulted to the big screen.

Hollywood director Roland Emmerich chips away at 400 years of literary teaching in his movie "Anonymous," which just opened.

"The more and more I read," he says, "the more I think that William Shakespeare has not written these works, and actually had nothing to do with it."

The film, set in Elizabethan times, suggests that Shakespeare was an un-educated commoner who never could have penned such masterpieces.

Instead, the movie accepts a century-old theory that the real writer was the 17th Earl of Oxford. The argument goes that, in those days, writing plays wasn't considered worthy of royalty - so Shakespeare was simply a stand-in.

Columbia University Professor James Shapiro has spent 30 years studying The Bard, even writing a book, "Contested Will," about Shakespeare's identity.

"I've put my hands on the actual documents and I've held them and I've read them," he says.

Shapiro says he's mystified that so many intelligent people - even including some Supreme Court Justices - could doubt Shakespeare's identity.

"We're an America that LOVES conspiracy theory," Shapiro observes. "We love to think there's a mystery, when the facts as we have them are far more extraordinary."

But there's no doubt it's already sparking conversation.

To quote Polonius from "Hamlet," "Though this be madness, yet there is method in't."