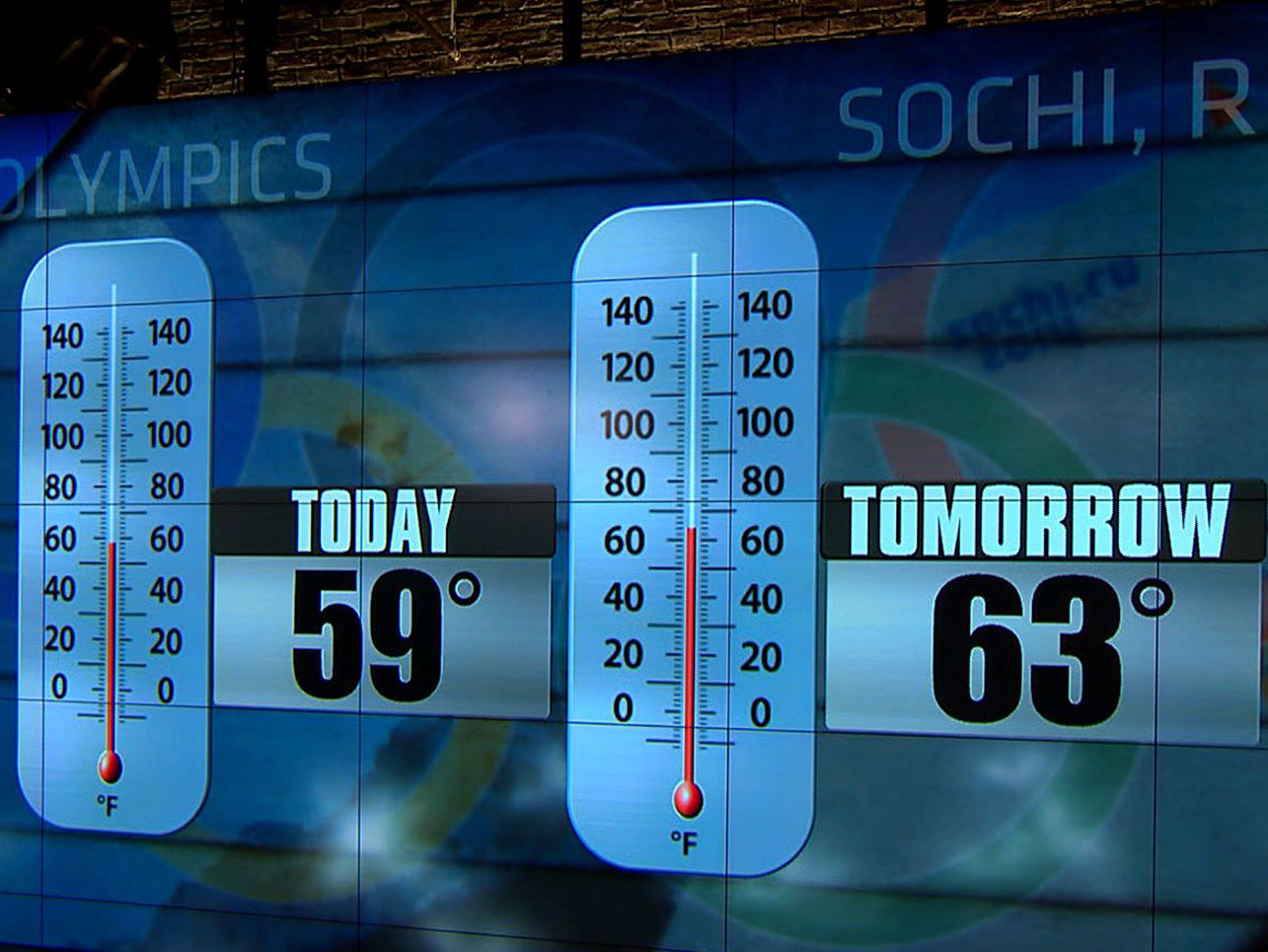 The Sochi Winter Olympics are feeling more like the summer games. The high temperature today is 59 degrees and tomorrow’s forecast is even warmer.

The Sochi motto, which is written everywhere, is “Hot Cool Yours” and some are saying they got the hot part right.

Skiers in the slopestyle event found the going heavy. This is a tough sport when the conditions are consistent, but in slushy, grabby snow, bad things happen.

The pride of Vermont, Devin Logan, did what she had to do, though. To take silver in the event, she adjusted.

“You kind of can't control Mother Nature, so you just have to go with it and … all the other competitors are dealing with it just like you,” she said.

They dealt with it in the much anticipated half-pipe as well, or some of then did. Shaun White, the American snowboarding great, didn't so well, He hit the lip of the pipe on his first run and blew a landing on the second. Competitors had complained the bottom of the pipe was too flat and too soft.

Vladimir Putin, never far from anything at these games, seems to be tiring of the complaining about Sochi conditions, whether on the slopes or in the hotels.

It's like the old Cold War days, he said, when the West tried to contain the Soviet Union by criticizing it.

The Russians knew they'd have problems with snow, which is why they stockpiled it. But the Olympics, wherever they are, often have snow trouble. There's too much, there's too little, it's too hard. In this case, it's too soft. Not even Putin can do anything about that.

This is a subtropical corner of Russia, where it never snows down on the coast and where the mountain snow-base can vary dramatically from year to year.

“For Americans it will be more like Aspen in the Rocky Mountains and Miami,” said Chernyshenko. “This is the uniqueness of the place.”

The temperature issue is less about actual heat than it is about atmosphere since no events have been cancelled. It's about whether it feels like a Winter Olympics, or like you'd rather be on the beach.