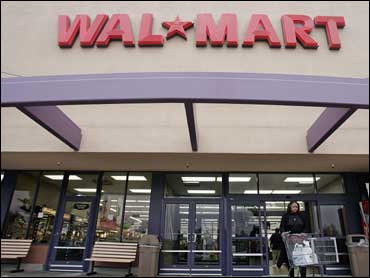 Wal-Mart, which has ridden low prices to dominate the U.S. retail scene, stepped up its game in price cutting still further Wednesday.

The world's largest retailer said it will cut prices this holiday season for a week at a time on thousands of items, from bananas to board games. The first group of cuts hit Wednesday.

"We will not be beaten on price," said Eduardo Castro-Wright, vice chairman of Wal-Mart Stores Inc. and leader of its U.S. business.

Castro-Wright was addressing analysts at a two-day meeting that began Wednesday in Rogers, Ark., a few miles from the company's headquarters in Bentonville, Ark. The meeting is being broadcast over the Web.

Wal-Mart, also the largest U.S. grocery seller and overall retailer, hopes shoppers will see a widening gap between prices at its stores and those of its rivals.

John Fleming, its chief merchandising officer in the U.S., told investors that Wal-Mart's audits show prices for frequently purchased grocery items were recently at least 14 percent lower than at leading national supermarkets on the same items. The difference on those items was about 12 percent a year ago, he said.

Wal-Mart CEO and president Mike Duke said the company plans to grow further in the U.S. and is committed to paring down its expenses by taking still greater advantage of its sheer size and by increasing sales productivity in its stores.

Wal-Mart has frequently used its buying power to undercut rivals. It sells enough products in enough categories to make up for any losses on individual items that it uses to pull people into stores or onto its Web site.

The nationwide cuts start this week with bananas selling for 39 cents per pound, rolls of lean ground beef for $1.25 per pound and select board games for $15.

The fight escalated Friday, when both stores lowered the prices to $9. Low-price rival Target Corp. threw itself in the ring on Monday, announcing it was matching Walmart.com and Amazon.com prices for seven highly anticipated titles when customers pre-order the books on its Web site.