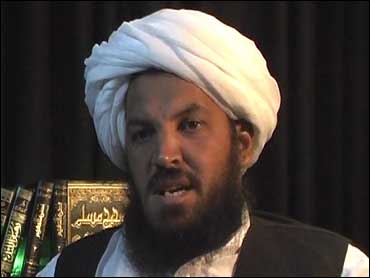 The video, entitled "The Road's Companion," marks the second video eulogy of Abu Laith in less than a week, showing his importance to the movement.

"Nation of Islam, we pay tribute today to a courageous hero of Islam, an unmatched commander, one of Islam's greatest ... losing him was a real loss and his absence is a real lack," eulogized fellow Al Qaeda militant Abu Yahya al-Libi, appearing in front of an image of him leaning over Abu Laith's battered corpse.

Abu Laith was seen as a top al Qaeda strategist in Afghanistan and was killed in late January by a missile from a U.S. Predator drone that struck his safehouse in Pakistan.

Pakistani intelligence considered him the operational commander of al Qaeda in the border region and one of the militant group's most high-profile figures after its leader, Osama bin Laden, and Ayman al-Zawahri, who issued his own video eulogy Wednesday.

The 20-minute video begins with old footage of Abu Laith talking superimposed over the face of his dead body showing extensive bruising.

Abu Yahya, who gained fame for escaping from Afghanistan's notorious Bagram prison and has appeared in several videos of his own, then appeared to deliver his own words of praise for the fallen al Qaeda leader.

"One of the hardest aspects of what we have witnessed in the field of jihad ... is saying goodbye to loved ones and the absence of companions," he said. "We say in our calamity that the eye is bursting with tears and the heart is soaring with grief."