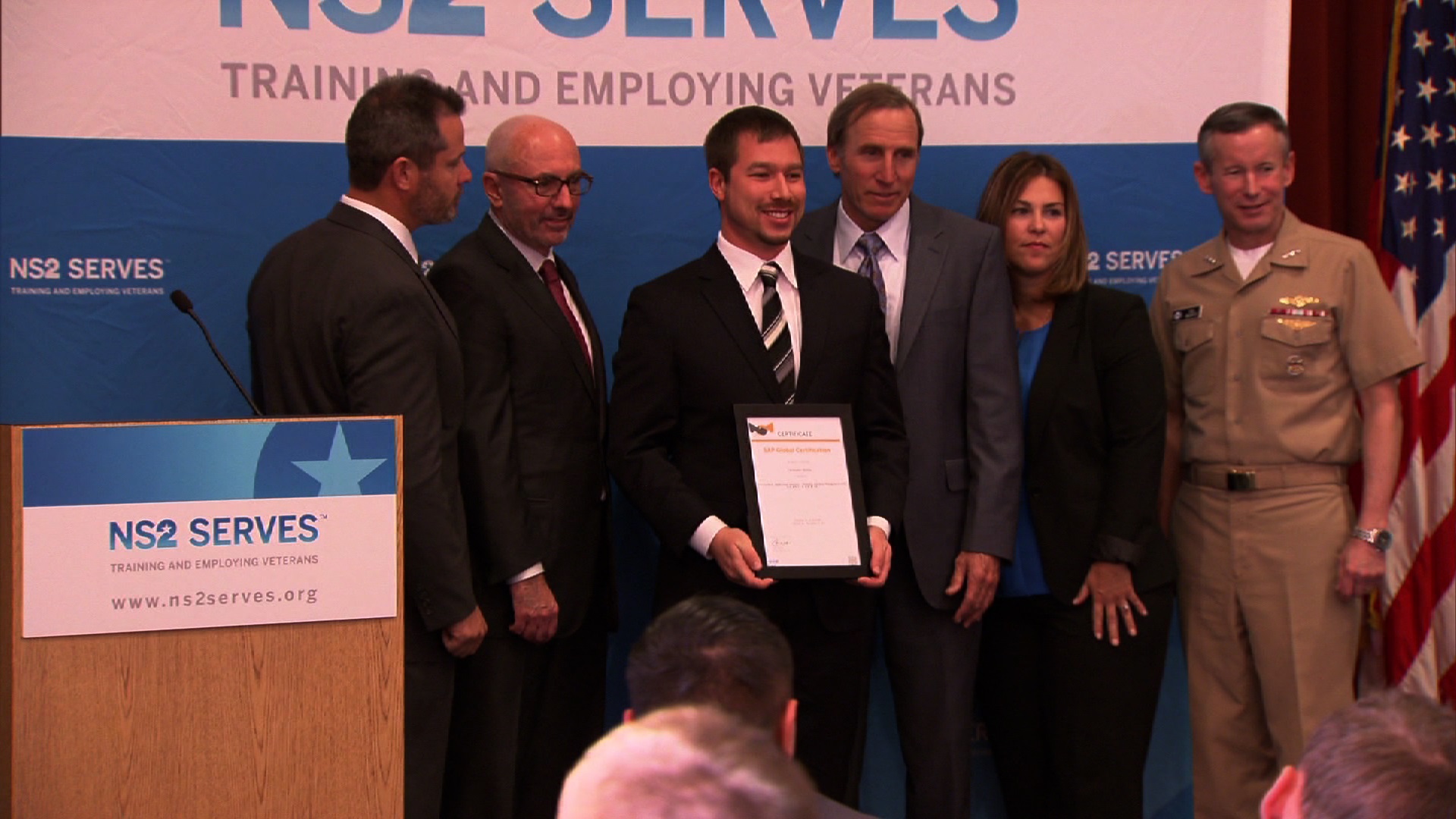 Many veterans returning from wars overseas face a new challenge at home: finding a job. Many times employers say they want to hire veterans but then don't because many are seen as unqualified. But one unusual program has a simple solution -- give the veterans a job skill needed in tens of thousands of businesses worldwide, reports CBS News correspondent Wyatt Andrews.

There were 20 veterans at a special graduation -- all of them expressing appreciation for the chance to earn certificates to work in data management software.

"This is like a lottery ticket and it's not a scratch off, it's a Powerball," NS2 Serves graduate Mark Brummit said.

These certificates feel like a lottery win, because so many veterans come home and hit a wall. The nation might be grateful for their service, they say, but gratitude doesn't get you a job.

After Emmanuel Bernadine returned from Afghanistan, he was rejected by dozens of employers. Some companies worried about his PTSD, which he controls with the help of his service dog, Bronze.

Like hundreds of thousands of veterans, Bernadine's skills in combat weren't respected by companies back home. He grew bitter and contemplated suicide.

"You just reflect on all the things that you've done for the country and at the end of it, it just seemed as if the country forgot about you. It is a very dissatisfying taste," Bernadine said.

It was at that low moment, Bernadine said, when the call came offering this training.

What these veterans get is best described as a software bootcamp run by a non-profit group called NS2 Serves. For 11 weeks, 10 hours a day, they live, sleep and study together -- all on a mission to learn data management software from the SAP Corporation.

SAP's software is widely used in banking, factory operations and military intelligence, and now veterans who were going nowhere are qualified to work almost anywhere.

"I was literally a day away from pan handling before this program accepted me into its doors," Bernadine said. "I was in a very dark place before I came here."

The man who realized that veterans needed this is Mark Testoni, who runs the U.S. subsidiary of SAP and started the NS2 training. It's successful, he says because of "magic sauce" -- a sauce that combines the dedication of veterans, with a job skill in high demand.

"It's not just about hiring vets, it's about creating a career path for people who have protected the way, our way of life here in the United States," Testoni said.

He said there's a benefit to hiring veterans: "Focus on mission -- not going to be defeated."

In civilian life, these vets were on the razors edge of defeat. They questioned if they'd ever feel the achievement once earned in the military. They don't have that question anymore.

"Today proved to me that every, every bit of confidence and hope that I'd lost within myself. This brings it all back," Bernadine said. "This proves that, 'Emmanuel, you're still that guy you used to be.'"

NS2 spends tens of thousands of dollars for every veteran and their job placement for the first class is 100 percent. Mark Testoni said any large company not doing this is missing the most reliable pool of workers in the economy.