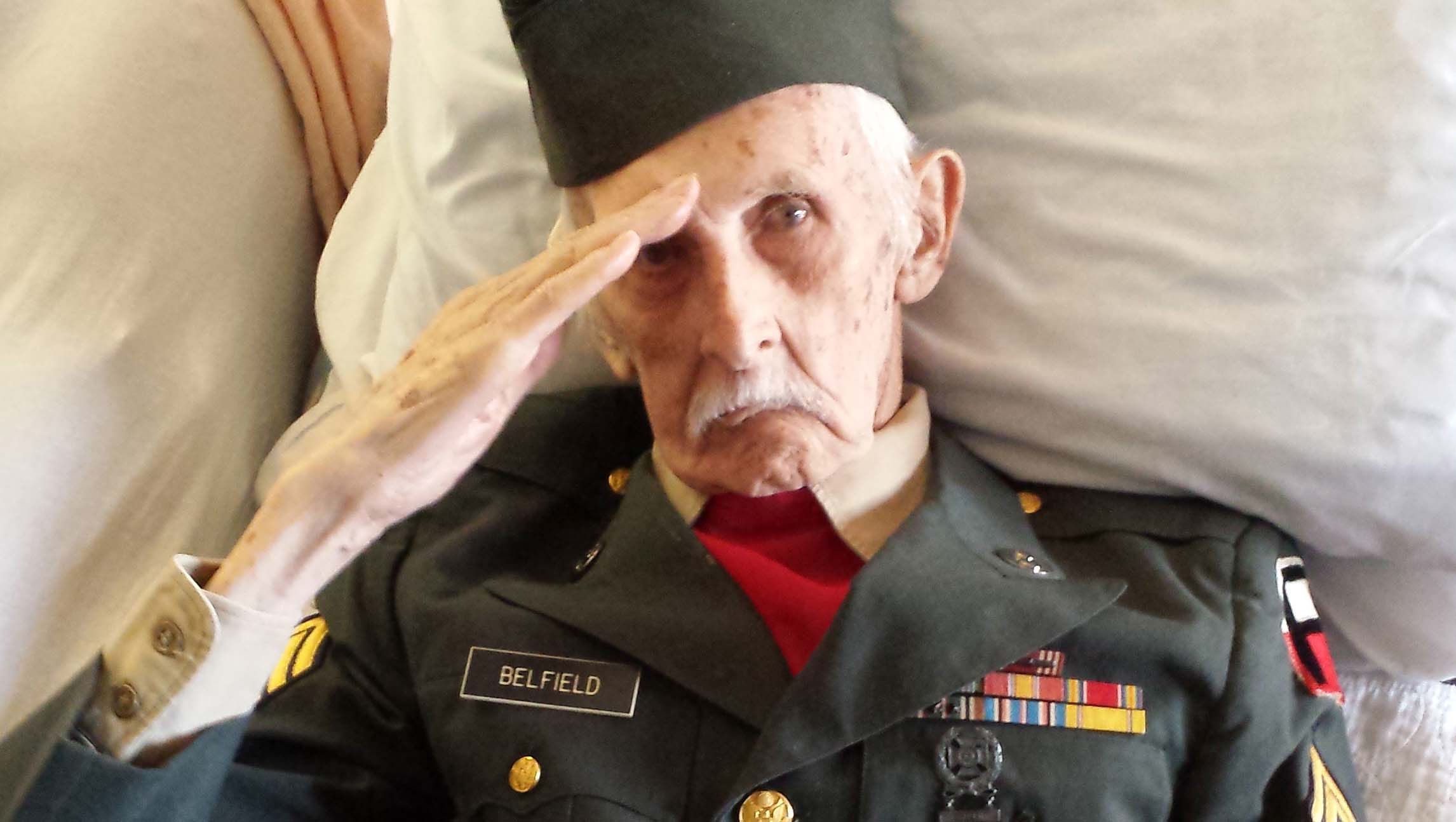 GLENVILLE, N.Y. -- On Veterans Day, Justus Belfield donned his Army uniform one more time, even though he was too weak to leave his bed at an upstate New York nursing home.

The 98-year-old World War II veteran died the next day.

The Daily Gazette of Schenectady reports that Belfield had worn his uniform every Veterans Day since he and his wife moved into Baptist Health Nursing and Rehabilitation Center in Glenville, outside Albany, several years ago. On Tuesday, the former master sergeant wasn't able to get out of bed to participate in the facility's Veterans Day festivities, so he had the staff dress him in his uniform.

CBS affiliate WRGB-TV reports that the staff at Baptist Health say Belfield was a charmer who loved life, right down to the horn on his walker that he would toot at everyone he passed.

Belfield, originally from Utica, spent 16 years in the Army, including a stint in Europe where he fought in the Battle of the Bulge. He also served during the Korean War when he worked as a recruiter in Syracuse. Belfield told the newspaper last year that he never regretted serving in the military.

"It was a good thing to do," he said in the interview on Veterans Day last year. "I loved it because it was my country. It's still my country."

Ailing health prevented Belfield from participating in October's Honor Flight to Washington, D.C., to see the war memorials. Instead, local veterans presented Belfield with an Honor Flight T-shirt in his room at the nursing home, according to Albany's WTEN-TV, which reported his death Wednesday.

Barbara Bradt, activities director at the nursing home, said Belfield had "such a spark for life."

"He taught me no matter how old you are, you keep going, you put a smile on your face and you just appreciate every day because that's what he did."

Belfield and his wife, Lillian, have six children, 18 grandchildren and 28 great-grandchildren.