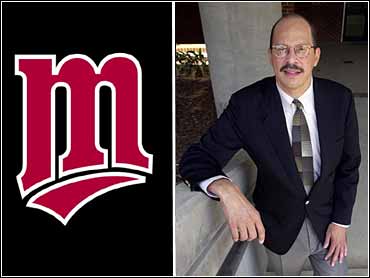 Alabama businessman Donald Watkins called the Minnesota Twins on Monday, starting a process that could make him the first black controlling owner of a major league baseball team.

Watkins, 53, plans to pay cash for the Twins and finance construction of a ballpark through private investors in Europe and the South Pacific. He estimates the cost of a new stadium at $350 million.

Commenting on Watkins' plans, Minnesota Gov. Jesse Ventura was both welcoming and enthusiastic.

In Monday's phone conversation, Watkins and Twins president Jerry Bell talked about a procedure and a schedule for his pursuit of the team.

"It was a very positive discussion," said Watkins, who met with the head of baseball's ownership committee last week. "They were expecting my call."

Bell did not return a telephone call seeking comment.

Baseball owners voted Nov. 6 to eliminate two teams, and the Twins and Montreal Expos are the likely targets. An injunction forces the Twins to play this year at the Metrodome, but the team and baseball have appealed.

Watkins wants to meet soon with Twins owner Carl Pohlad, who is willing to have his franchise folded. It will take Watkins at least 60 days to evaluate the team's finances.

Watkins hopes to negotiate a deal and have major league approval within six to eight months. Watkins said a change of ownership would save the team from contraction.

"There are formulas for determining values, even for sports teams," Watkins said. "There are lots of factors that go in that are not public record."

Watkins has refused to detail his finances publicly, providing only broad outlines of his wealth.

Watkins, who also is an attorney, earned more than $10 million representing the cities of Birmingham and Montgomery. But he said most of his money came from investment.

Watkins said energy investments he negotiated in 1996 were valued at between $500 million and $600 million. Watkins said Monday he actually put "substantially less" than that into the deal, but he wouldn't say how much.