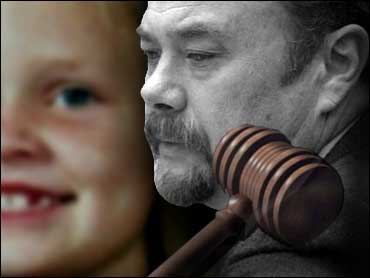 CBSNews.com Legal Analyst Andrew Cohen takes a look at the evidence that persuaded the jury considering the murder of Danielle van Dam, and the job ahead in deciding whether David Westerfield will be executed.


If there is any single lesson that can come from a single trial, then perhaps the lesson of the David Westerfield trial is that you don't need a perfect prosecution case to win a capital conviction but you do need a perfect defense case to avoid one.

Westerfield's lead attorney, Steven Feldman, raised plenty of questions - and generated plenty of doubt - about the state's evidence against the defendant.

He raised questions about the van Dams' lifestyle and how it might have exposed little Danielle van Dam to all sorts of creepy people. He raised questions about the timing of the victim's death and how it might have precluded Westerfield from culpability. He introduced evidence that supported the notion that there was no trace of the defendant inside the van Dam's home, suggesting that there would have been some if Westerfield had actually kidnapped the seven-year-old last February 1st.

What Feldman did not do, however - what he clearly could not do, as it turned out - was explain away the scattering of little Danielle van Dam's blood on Westerfield's jacket and that fact, I suspect, will be what jurors are talking about when they finally are allowed to talk to us when their jobs are done.

Any way you cut it, there is no reason why that blood should have been on that jacket or why Danielle's DNA otherwise should have been inside the Westerfield motor home, which was taken out to the desert shortly after van Dam disappeared.

Feldman plugged a lot of holes to help his client. He plugged more holes than most attorneys would have. But in the end he apparently couldn't fill them all.

Sometimes jurors try to simplify things during deliberations, in much the same way that lawyers may try to complicate key issues during trial. If this jury "dumbed it down" to an elemental point, the scientific link between victim and defendant clearly would have prevailed over any other relevant evidence the jury might have considered in its ten-day stint deliberating the case.

Since last September's terror attacks, it's been fairly clear in high-profile cases that reasonable doubt isn't nearly as tough a standard as it was before jurors of all stripes got hardened to the notion of someone trying to wrangle out of responsibility for the world's ills.

So why, if the prosecution's blood evidence was so uncontroverted, did it take jurors so long to come back with their decision?

Ten days is a long time for any jury deliberating any case. But there are ten-day deliberations where the jury works from nine to five and then there are ten-day deliberations where jurors work for only a few hours at a time. The Westerfield jury deliberated for less than 40 hours in all - a five-day work week for most people - so it wasn't nearly as slow-moving as it's been portrayed to be. And since an accountant ended up as jury foreperson, it's no small wonder that it took a reasonable amount of time to evaluate a long trial that included the testimony of 116 witnesses over more than one month.

Now prosecutors and the van Dams and Feldman and Westerfield must gear up for what surely will be a penalty phase that is even more emotional and gut-wrenching than the trial was.

The state will use Danielle's parents and other family members and friends to reinforce the notion to jurors - as if they need to be reminded - that the loss of a child is the cruelest loss of all. The defense team, meanwhile, will use Westerfield's friends and family to try to make the point that his is a life worth sparing; that life in prison without the possilbity of parole is punishment enough for a man with a son and no prior record of anything remotely as heinous as this.

But this may be one of the cases where the conviction itself presages the sentence. It's always possible that one juror will adamantly refuse to recommend the death penalty after hearing the details of a man's life and after hearing that man's son beg for his father's life. But it's hard to see Westerfield getting life instead of death now because this is precisely the sort of crime people think about when they think about crimes for which the death penalty may be appropriate.

If the kidnapping and murder of a little girl - snatched from her own home in the middle of the night and then left for dead in the desert - doesn't merit the death penalty, then what single murder does or ever will?

Prosecutors are going to make that argument next week and I bet they will find some eager takers for it in the same jury pool that Wednesday called David Westerfield a cold-blooded murderer.