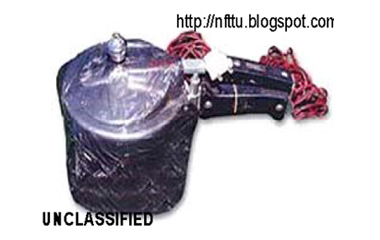 BOSTON An airman in the United States Air Force is charged with making a bomb threat after he told a Logan Airport employee he had a pressure cooker in his backpack, CBS Boston reports.

The lounge is for military travelers and is staffed by volunteers.

Police say that's when Sawyer went on a verbal tirade that included statements about the Boston Marathon bombing and the military furlough program.

During the tirade, police say Sawyer allegedly implied he had a pressure cooker in the backpack he was carrying.

"What am I suppose to do with this pressure cooker?" Sawyer asked, according to State Police, as he pointed to the backpack.

Police found Sawyer in Terminal E, a few minutes later and arrested him for making a bomb or hijacking threat.

He posted $2,500 bail and a judge released him on personal recognizance.

Three people were killed and more than 260 injured in April when pressure cookers packed with explosives, nails, ball bearings and metal shards detonated near the finish line of the Boston Marathon.