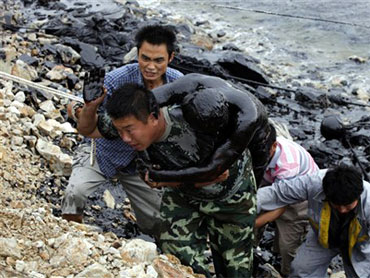 More than half of U.S. Internet users went online for news and information about Hurricanes Katrina and Rita, the vast majority having visited the Web sites of traditional news organizations such as CNN and MSNBC, a study finds.

Of the Americans who went online for news, 14 percent went to an international news source such as the BBC's Web site.

"The fact that you had this U.S. domestic crisis and people turning to international news sources is interesting," said John Horrigan, associate director for research at the Pew Internet and American Life Project, which released the survey findings Thursday.

"There were certainly commentators worldwide shocked that this sort of thing was going on in America, and I would imagine some people decided to see firsthand what commentators and news sites overseas were saying," he said.

Though nearly three-quarters of the online consumers of hurricane news went to the Web site of a major U.S. news organization, 54 percent did turn to an alternative source, including international outlets, Web journals or nonprofit relief organizations. Some people went to multiple sources, so the totals exceed 100 percent.

According to Pew, 9 percent of Internet users say they made donations online for hurricane relief and 5 percent say they used the Internet to organize their own relief efforts.

Twenty-four percent sent e-mails or instant messages on the storm, and 9 percent went online to check on the safety of a loved one. Four percent said they posted comments, links or pictures to a bulletin board, chat room or Web journal.

The random, telephone-based survey of 1,577 Internet users was conducted in September. The margin of sampling effort is plus or minus 3 percentage points.

Pew found little difference in news consumption by dial-up and high-speed broadband users, even though online tasks are typically done in greater numbers by the broadband set.

"This modest anomaly is probably attributable to the strong desire for lots of information in the face of such a large natural disaster," the report says. "Established media organizations covered Katrina and Rita heavily and it is no surprise a large majority of Internet users turned to them online."