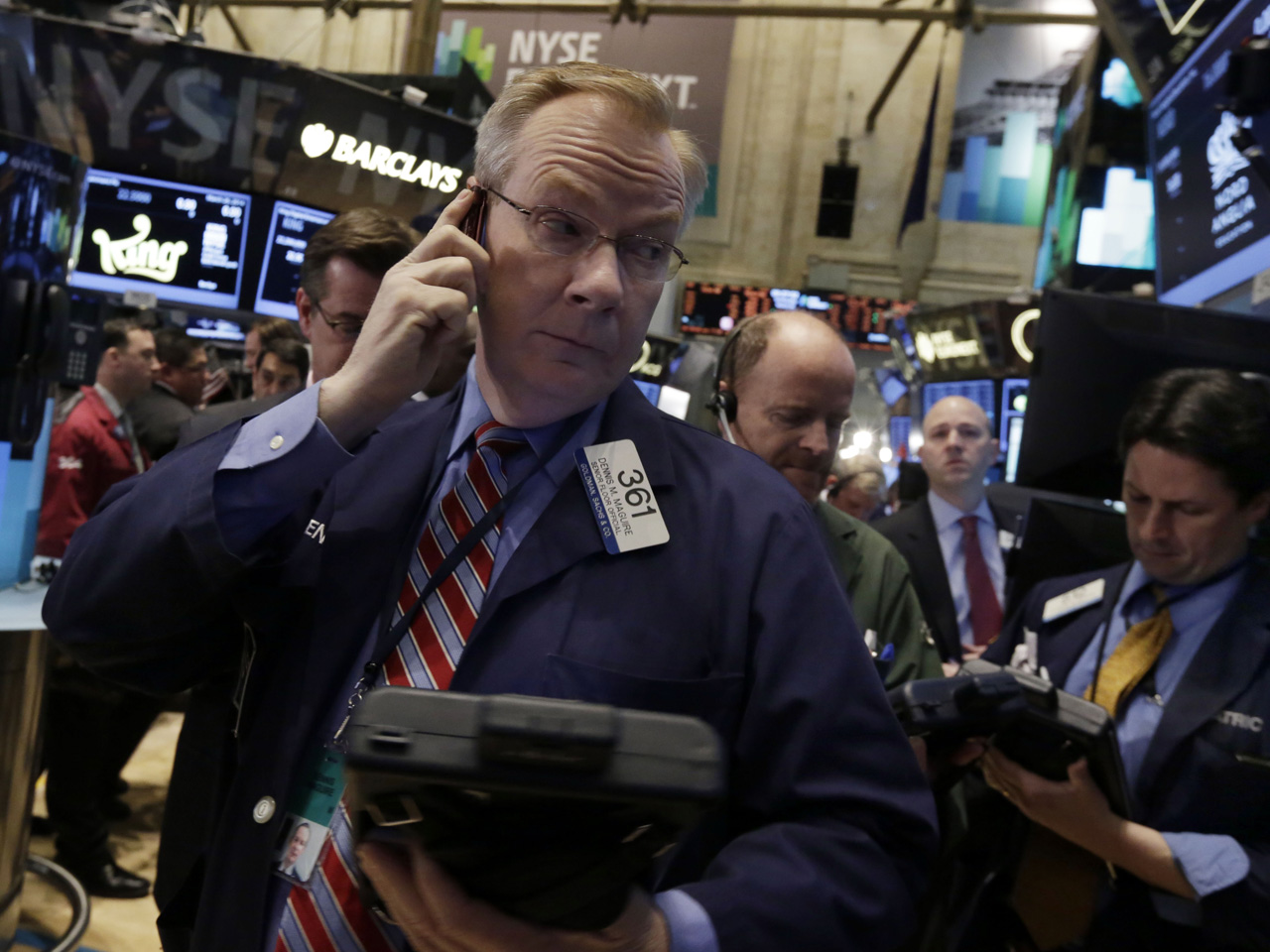 NEW YORK - Stocks gave up an early gain Wednesday and turned lower in early afternoon trading. The maker of the hit game "Candy Crush Saga" flopped in its market debut and Facebook slumped after announcing its acquisition of virtual reality company Oculus.

King Digital Entertainment, the maker of the popular "Candy Crush Saga" game, slumped on its first day of trading. The company raised $499.5 million in an initial public offering. The stock fell $2.91, or 13 percent, to $19.59 by midday trading.

Facebook fell $3.89, or 6 percent, to $61.03 after agreeing to pay $2 billion for virtual reality company Oculus. It's Facebook's second big acquisition in as many months. Last month the social network announced that it would pay $19 billion for messaging startup WhatsApp.

The stock market is still going through a phase of consolidation after big gains in 2013, and the second half of this year will likely be stronger than the first, said David Lafferty, chief market strategist at Natixis Global Asset Management.

Still, investors should expect lower returns this year. The S&P 500 is up 0.6 percent so far, after surging almost 30 percent last year. "Equity markets will be fine this year, but expectations have to come down a lot," Lafferty said.

Orders to U.S. factories for long-lasting manufactured goods rose in February by the largest amount since November, 2.2 percent. Demand for airplanes and automobiles drove the gains. Last month's rise in durable goods orders followed a 1.3 percent drop in January.

Health care companies bucked the downward trend and were one of three industry sectors to rise. The sector is rebounding after getting caught up in a brief sell-off of biotechnology stocks on Friday and Monday. Tenet Healthcare rose $2.69, or 6.9 percent, to $41.57. Quest Diagnostic rose $3.12, or 5.7 percent, to $58.06.

Discount retailer Five Below shot higher after its quarterly profit and sales beat analysts' expectations. The stock jumped $4.75, or 12.5 percent, to $42.87 before the start of regular trading.

International Game Technology fell $1.26 cents, or 8.5 percent, to $13.59 after the company lowered its annual profit forecast, saying North American gambling revenue has declined more steeply than it expected. Its international business is being hurt by weakening currencies and other problems.