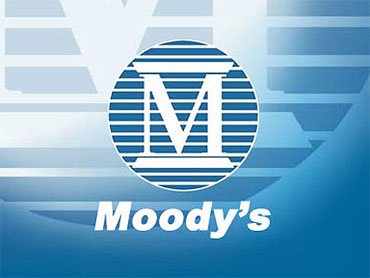 The Securities and Exchange Commission has declined to seek fraud charges against Moody's Investors Services over its ratings of risky investments that led to the financial crisis.

But the SEC said it decided against seeking civil charges only because it determined it lacked authority to charge a foreign affiliate of Moody's.

Instead, in a report on its investigation, the SEC warned all credit rating agencies that they could face charges if they mislead investors with deceptive ratings.

Investors rely on the statements these agencies make in their applications and reports to the SEC, Robert Khuzami, the SEC enforcement director, said in a statement.

"It is crucial that (rating agencies) take steps to assure themselves of the accuracy of those statements and that they have in place sufficient internal controls over the procedures they use to determine credit ratings," he said.

The warning is the latest step by the SEC to address the conduct of major financial firms that contributed to the Wall Street meltdown. Goldman Sachs & Co. agreed in July to pay $550 million to settle civil fraud charges related to its sales of mortgage investments. And Citigroup Inc. agreed to pay $75 million to resolve charges it misled investors about billions of dollars in potential losses from subprime mortgages.

The financial overhaul law enacted in July calls for reducing the influence of the big three rating agencies Moody's, Standard & Poor's and Fitch Ratings. They were discredited in the financial crisis for giving high ratings to risky mortgage securities.

The financial overhaul law also gave the SEC authority to pursue alleged fraud by foreign affiliates of U.S. companies that could have a significant effect within the U.S.

The SEC accused Moody's of failing to disclose ratings misconduct by a European affiliate when it registered with the agency, as required by law at that time. Because the alleged misconduct occurred before the financial overhaul law took effect, the SEC said it lacked jurisdiction to pursue an enforcement case against Moody's.

According to the SEC report, a Moody's analyst found in 2007 that a computer error at the European affiliate had resulted in certain bonds receiving ratings that downplayed their level of risk. A Moody's rating committee later voted against changing the rating, partly out of concern that it would harm the firm's reputation, the SEC said.

The committee's conduct violated Moody's risk practices as described in its application to register with the SEC, the agency said.

The rating agencies' grades of public companies and securities can affect a company's ability to raise or borrow money and how much investors will pay for securities. The big agencies assigned AAA ratings to securities tied to risky subprime mortgages that later went bad and helped cause the housing bust. Afterward, the agencies had to downgrade many of the bonds as home-loan delinquencies soared and the value of those investments sank.