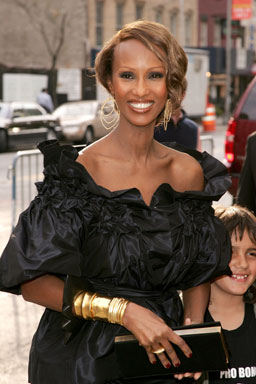 In what experts say is the first ruling of its kind, immigration officials granted political asylum to an autistic boy whose mother claimed he would be tortured and persecuted if returned to Pakistan.

"His asylum was granted not on the basis of being disabled or autistic," said Robert Esbrook, director of the INS's Chicago Office of Asylum. "It's the persecution his disability itself causes. He fits the classic definition of a refugee."

Under the Immigration and Nationality Act, refugees are entitled to asylum if they face "persecution or a well-founded fear of persecution based on race, religion, nationality, membership in a particular social group or political opinion."

Experts said this was the first time the definition of social group had been interpreted to include disability. In recent years, sex and sexual orientation have been considered under that umbrella.

Farah Choudhry, the boy's mother, said the treatment of her son when they lived in Pakistan went far beyond taunting.

"He was forced to undergo various degrading and dangerous mystical treatments, consistent with the curse of 'Allah,' which is how the Islamic majority in Pakistan view his condition," she wrote in the application filed by Chicago attorney Christopher Helt in August.

She said the treatments included forcing the boy who now routinely wears mittens and a hockey helmet to prevent him from hurting himself to drink dirty water.

Esbrook said Tuesday's decision would not mean the INS would automatically grant asylum to other disabled children.

"What (Esbrook) has said during asylum meetings -- that he is going to be the one to make determinations on arguments that are reasonable -- is happening," he said.

Opponents of the decision did not dispute its significance.

"This is at the cutting edge of where people are trying to push asylum," said David Ray, spokesman for the Federation for American Immigration Reform, a national nonprofit group that works to restrict immigration.

"Asylum is meant to shield people from government-sponsored persecution, not from taunting comments of neighbors," he said.

While officials granted asylum to Umair, te order did not include his mother or 16-year-old brother, Ahsan. But Esbrook said Farah Choudhry would not be separated from her children.

"Every day we have been waiting, waiting to see what will happen," she said. "I have been praying for the last two years. Now I am just very thankful and very, very grateful."