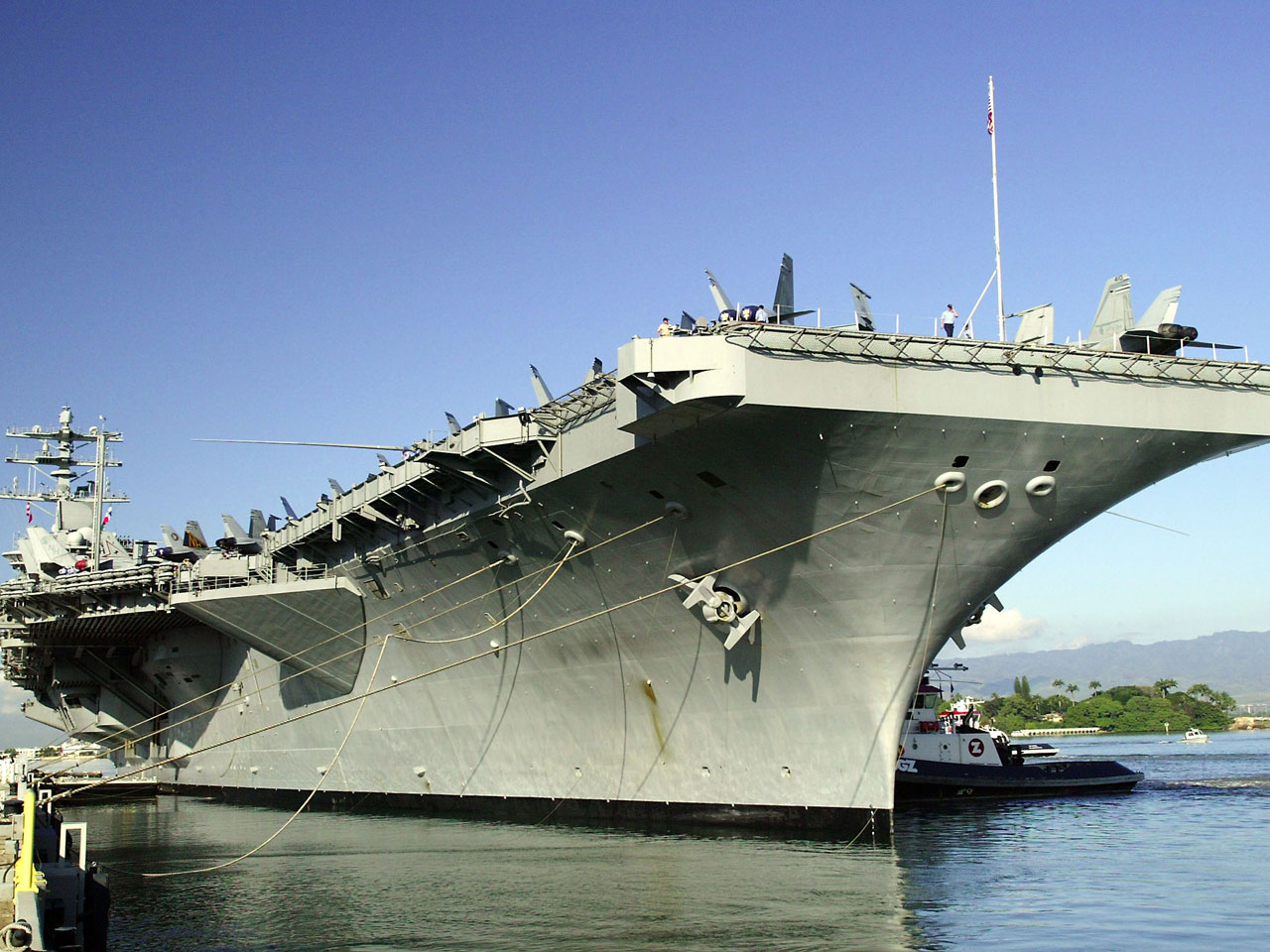 TEHRAN, Iran - Iran will target American aircraft carriers in the Persian Gulf should a war between the two countries ever break out, the naval chief of Iran's powerful Revolutionary Guard warned Tuesday as the country completes work on a large-scale mock-up of a U.S. carrier.

The remarks by Adm. Ali Fadavi, who heads the hard-line Guard's naval forces, were a marked contrast to moderate President Hassan Rouhani's recent outreach policies toward the West - a reminder of the competing viewpoints that exist at the highest levels within the Islamic Republic.

Iran is building a simple replica of the aircraft carrier USS Nimitz in a shipyard in the southern port of Bandar Abbas in order to be used in future military exercises, an Iranian newspaper confirmed last month.

Fadavi was quoted Tuesday by the semi-official Fars news agency as saying the immense size of the U.S. carriers makes them an "easy target." He said contingency plans to target American carriers are a priority for the Guard's naval forces.

"Aircraft carriers are the symbol of America's military might," he said. "The carriers are responsible for supplying America's air power. So, it's natural that we want to sink the carriers."

Pentagon spokesman Col. Steve Warren said "imagery" of the "mock-up" within the last 30 days showed it was listing at about 30 degrees.

"We are wholly unconcerned about the Iranians mockup of an American ship," Warren said, joking with a reporter: "My guess is you could sink the mock-up in 50 seconds."

Warren wouldn't even go so far as to refer to the Iranian mock-up as a "vessel."

The Revolutionary Guard's naval forces are separate from the main Iranian navy. They are primarily based in and around the Gulf and include a number of missile boats and fast-attack vessels.

The commander said the Guard navy has already carried out exercises targeting mock-ups of American warships. In one case, he said, it took 50 seconds to destroy one of the simulated warships.

Tasnim, another semi-official news agency close to the Guard, reported that "an investigation" has found that the Nimitz-class carriers used by the U.S. could be seriously damaged or destroyed if 24 missiles were fired simultaneously.

An American Navy official in the Gulf was dismissive of the Iranian claims, and of the simulated carrier in particular.

"Whatever Iran hopes to do with the mock-up, it is likely to have zero impact on U.S. Navy operations in the Gulf," said Cmdr. Jason Salata, a spokesman for the U.S. Navy's 5th Fleet, which is based across the Gulf in the island kingdom of Bahrain.

"Firing weapons at a stationary structure floating on pontoons is not a realistic representation of having the capability to target a 100,000-ton warship ... maneuvering at speeds in excess of 30 knots," he said.

Iran's military leaders believe future wars will be air and sea-based. Tehran has sought to upgrade its missile and air defense systems, as well as its naval forces in anticipation of such a possibility.

Fadavi, however, said the Guard's navy is in "daily" contact with passing American warships in the Persian Gulf.

"At the Guard Navy Command Control Center, we talk to Americans on a daily basis. This has been going on for years," Fadavi said.

American naval forces in the region say they routinely monitor Iranian naval operations and frequently communicate with their Iranian counterparts.

Fadavi said Americans have formally demanded a hotline to contact Iranians in case of emergency but the Guard has turned down the request.

"Nothing (bad) will happen if they leave (the region)," he said.