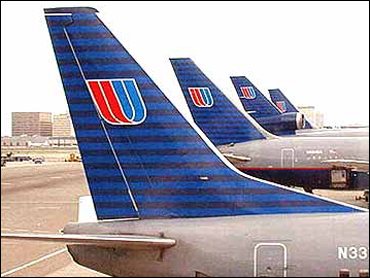 United Airlines will cut 9,000 jobs and reduce its flight schedule by another 6 percent as part of an effort to return to profitability, the carrier's parent company announced Sunday.

UAL Corp. faces a Dec. 2 deadline to avoid a bankruptcy filing and hopes to receive a $1.8 billion federal loan guarantee by then.

The carrier has been talking with the Air Transportation Stabilization Board over the last week about its application and what it needs to do to qualify for the loan guarantee.

"Our plan is intended to restore United's financial health, and it gives us the ability to repay ATSB-guaranteed loans," Glenn Tilton, United's chairman and chief executive officer, said in a statement.

United spokesman Jeff Green said the airline plans to drop from its current 83,000 employees to 74,000 by 2004. The additional 6 percent flight reduction would decrease the size of the nation's No. 2 carrier by 23 percent overall from pre-Sept. 11 levels.

Spokeswoman Chris Nardella declined to discuss which jobs are being targeted by the cuts. Earlier this month, United said it plans to furlough 2,700 flight attendants beginning in January, which would bring the number of furloughed attendants to roughly 4,800.

United said it also plans to retire an additional 49 aircraft, defer all scheduled aircraft deliveries through 2005 and lower capital spending.

The Elk Grove Village, Ill.-based airline said it expects to be profitable by 2004.