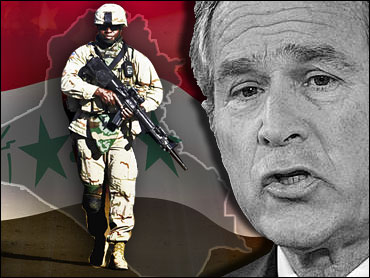 The White House has no place to go. I spoke with Presidential Press Secretary Tony Snow about why the American people, who overwhelmingly do not support the president, should support his war policies.

Snow, without much enthusiasm, said the surge is only just now fully operational and that the Iraqi government needs to, well, you know the litany.

Republican Senators are dropping off the war wagon at a brisk pace. The Democrats are getting ready to reactivate their opposition to the war. The Iraq Congress has threatened a no-confidence vote on Prime Minister Nouri Al Maliki, and Americans are dying in Iraq at a rate of more than 100 a month.

The White House wants to slog it out. It's really their only choice, for to do otherwise is to admit that much of what they've done in Iraq in the past four years is to promise and not deliver.

The American ambassador in Baghdad and the Iraqi foreign minister have said to pull out now would mean utter chaos.