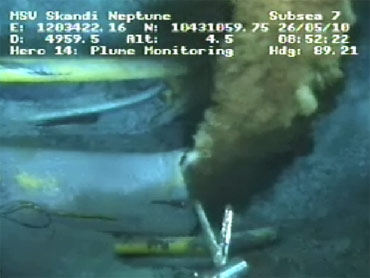 The U.S. economic embargo of Cuba jumped to the top of the Castro government's agenda on Thursday.

For the 13th year in a row, the United Nations General Assembly approved a resolution condemning the U.S. embargo. The vote in favor of the Cuba-sponsored resolution was 179-4. The four opposing votes came from the United States, Israel, Palau and the Marshall Islands. The vote last year was almost identical, 179 in favor, 3 against with two abstentions. The embargo has been in effect since 1962.

The U.N. condemnation has become an annual event in Cuba. Students and countless workers across the island stopped their regular activities at 1l a.m. to watch a special one-hour feature prepared by Cuba's State-run television and then follow the voting at the General Assembly session. In addition, Cuban TV began broadcasting the U.N. debate live at 9 a.m.

In Washington, however, approval of the resolution produced little more than yawns at the Bush White House.

"It's true, this is an administration that has proven it doesn't care about it [the vote]," said Gustavo Machin, head of the North America Division of the Cuban Foreign Ministry.

But despite what he sees as Washington's disregard for the United Nations, Machin told CBS News: "Every day the United States is more and more isolated by its policy ... It's worth the effort ... just to make clear the opposition to this kind of policies."

While the embargo vote was news throughout Cuba, ordinary citizens were more concerned about another front in Washington's economic war against the Castro government.

Many Cubans lined up outside banks and money exchange houses across the island to exchange U.S. dollars for Cuban convertible pesos, equivalent to the dollar here but valueless outside the country.

The lines began to form following Castro's announcement that the U.S. dollar would no longer be accepted in shops, restaurants, or indeed anywhere in the nation, as of Nov. 8.

Since 1993, both the convertible peso and the U.S. dollar have been used without distinction to pay for goods and services not available normally at ordinary Cuban groceries and dry goods stores.

That year, the Cuban economy bottomed out as a result of the collapse of Socialist bloc, its main trading partner and source of valuable subsidies. Prior to that date, it was illegal for Cuban citizens to possess U.S. dollars and those who received them from their relatives abroad had to ask diplomats or other foreigners to buy them scarce items available only in a couple of "diplotiendas" or shops established for the diplomatic community.

According to economist Ernesto Molina, "Cuba was in such a complex, such a difficult situation at that special period that it could not afford under any circumstances to renounce the remittances from Cuban families living abroad. By establishing a system of relatively high prices in these hard currency stores, the state gained a source of financing its social security, education and health care budgets," explained Molina. In other words, cash sent by Cuban Americans in Miami was used to finance the State budget.

Since then, three separate currencies have circulated freely in Cuba: the U.S. dollar, the Cuban convertible peso and the non-convertible Cuban pesos that had been the sole legally recognized currency prior to the country's economic crisis.

Cubans use the latter currency to purchase the limited supply of rationed food products sold at extremely low state-subsidized prices. It is also the currency used to pay utility bills and is accepted in farmers' markets, pharmacies, on most public transportation, and at the box offices for theaters, movie houses and sports events. However, many essential items such as cooking oil and bath soap must be purchased in hard currency.

Castro blamed the elimination of the U.S. dollar on the Bush Administration's tightening of the economic embargo, particularly the pressure it's putting on foreign banks not to accept dollars coming from Cuba.

The U.S. did this by issuing a hefty fine against Switzerland's UBS, one of the European banks Cuba regularly used to transfer money to pay for imports. Cuban American legislators in the U.S. charge Castro used the bank to launder drug money. Cuba angrily denies that claim, saying the money comes primarily from tourism.

Molina thinks the latest move brings more benefits than just easing Cuban dependence on enemy currency. "At any rate, Cuba, like any other country, would have had to take the strategic step of depending fundamentally on its own national currency if it wanted to retain sovereignty over its monetary policy," he said.

Lending support to this view is the fact that regulations were issued over a year ago prohibiting Cuban state-owned companies from conducting inter-firm transactions in U.S. dollars.

They were told that all the dollars they earned would have to go to the Central Bank and they would conduct business utilizing the convertible peso. And two years ago the government removed U.S. coins from circulation.

Thursday was the first day that banks and money exchanges had large amounts of convertible pesos available to handle the demand. A ten-percent commission will be charged on all U.S. dollar exchanges as of the Nov. 8 deadline. Interestingly, there was a sharp rise in demand for the ordinary Cuban peso on Tuesday and Wednesday. CADECA, the chain of government-run money exchanges, reported business was up 66 percent over the previous two days. One U.S. dollar buys 26 Cuban pesos.

Molina sees this trend as an expression of confidence in the Cuban government and he agrees that the only people who will continue to hoard dollars are those planning to leave the country.

Ever since the dollar began circulating in Cuba 11 years ago, European tourists and others have brought U.S. dollars to Cuba. Now they're being told not to. Euros, Swiss Francs, Canadian dollars, etc. are all preferable since the ten-percent money exchange commission will not be applied to them. That should appeal to visitors since some 75 percent of the estimated two million tourists traveling to Cuba this year are Europeans or Canadians.

In addition, Cuba's Tourism Minister Marrero told the press that the government and bank officials are studying ways to expand the use of the EURO on the island. It is already in use in several of the Caribbean island's tourist resorts. Tourism currently accounts for revenues of about U.S.$2 billion yearly, making it Cuba's #1 hard currency earner.