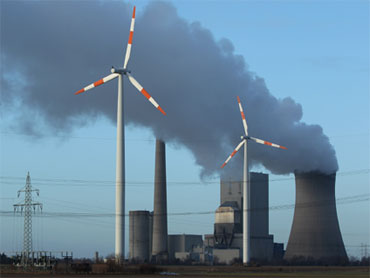 Christiana Figueres told 3,000 delegates at the opening of a six-day conference in China - the world's biggest carbon emitter - that they must "accelerate the search for common ground" ahead of December talks in Cancun to make progress toward securing a global climate change treaty.

"As governments, you can continue to stand still or move forward. Now is the time to make that choice," she told delegates in the northern port of Tianjin.

"If you want a tangible outcome in December, now is the time to clarify what could constitute an achievable and politically balanced package for Cancun, and what could be subject to further work after Cancun," she said.

Last year's U.N. climate summit in Copenhagen disappointed many environmentalists and political leaders when it failed to produce a global and legally binding treaty on curbing the greenhouse gases that cause global warming. Instead, nations agreed to a nonbinding political declaration on fighting climate change.

The U.N. talks are meant to produce a replacement for the Kyoto Protocol, whose relatively modest emissions reductions expire in 2012.

This year, expectations have been downsized as it has become obvious that countries remain deadlocked over the same issues. Distrust has only deepened between developed and developing countries over how to cut the greenhouse gas emissions that are causing the earth to overheat.

As the host, China will seek to reduce those differences, said State Counselor Dai Bingguo, the country's top foreign policy official, who urged countries to renew efforts in order to "hammer out a binding agreement at an early date."

With a single climate package deal unlikely, the focus has turned to finding areas of agreement on essential components, including financing and transfer of clean technology and ways of reducing deforestation.

Much of what needs to happen in Tianjin is the less tangible task of restoring trust and some momentum in order to "set the stage for what's realistically possible in Cancun," said Jake Schmidt, International Climate Policy Director for the U.S.-based Natural Resources Defense Council.

Two of the key pieces will be financing and transparency, he said. At Copenhagen, rich countries had pledged to give $30 billion over three years in climate funding to poor nations, rising to a total of $100 billion dollars annually by 2020, but little money has materialized so far.

"It's critical that countries move on really delivering the 'prompt-start' funding and show those commitments are real. We have a long history of developed countries promised a lot of money and not committing so it's a chance for developed countries to prove this time is different," he said. 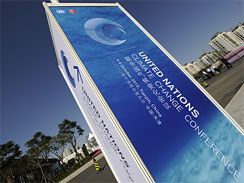 (Peter Parks/AFP/Getty Images)
With China playing host to the climate talks for the first time, it has the opportunity to highlight its own commitment to clean energy, said Deborah Seligsohn, a Beijing-based adviser with the World Resources Institute.

(Left: The venue of the U.N. Climate Change Conference in the northern port city of Tianjin, China on October 4, 2010.)

Last year, China pledged it would cut its carbon intensity - emissions per unit of GDP - by 40 to 45 percent by 2020 from the 2005 level. Nationwide efforts have also been made to reach the goal of improving energy efficiency by 20 percent from 2005 to 2010.

"They're serious and they chose something that's not easy," she said. "China has redoubled domestic efforts since Copenhagen. I don't think anyone can doubt that. China wants people to look at what they're doing on the ground. They'll use this as an opportunity to do that."
By Associated Press Writer Tini Tran 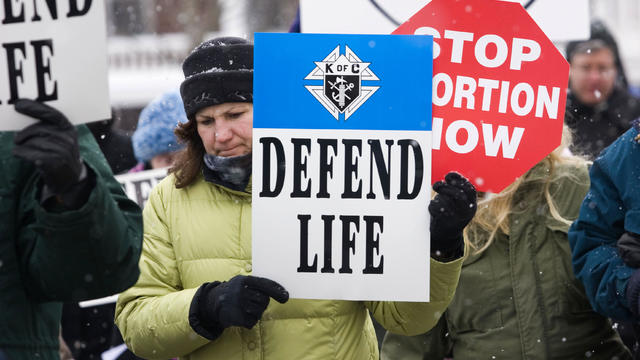