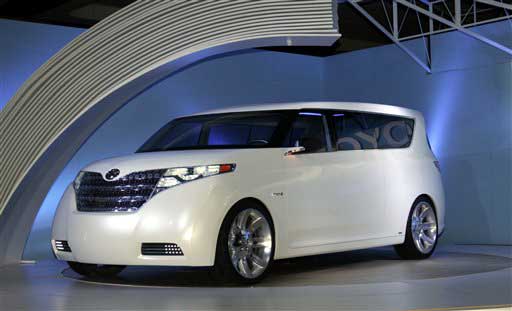 When Charlton Clarke started hitting one 3-pointer after another, No. 23 Massachusetts knew it had something special going.

Clarke, who makes only 31 percent of his 3-point attempts, hit three in a row during a first-half spurt that built an 18-point lead Sunday. The Minutemen did the rest with their defense, holding on for a 73-62 victory over 21st-ranked Xavier.

Massachusetts (17-6, 9-1 Atlantic 10) pulled ahead by playing tight man-to-man defense that rattled Xavier (15-6, 7-4), which has the conference's highest-scoring offense but shot only 29 percent in the first half.

"We're pretty ugly on offense. We're not going to outscore anyone," coach Bruiser Flint said. "So we'd better play defense and rebound the ball. That was our whole thing: make 'em play halfcourt offense and defense. I thought we did a pretty good job of that."

Clarke did the rest. He handled the ball adequately against Xavier's press and, when the Musketeers gave him open shots near the end of the first half, he ignored his coach's advice and took them, hitting three in a row.

Clarke finished with 18 points and went 4-of-7 on 3-pointers.

"It was just the flow of the game," said Clarke, who averages 11.2 points per game. "I knew I was wide open. Instead of taking a 2-pointer that was close to the line, I stepped back and hit a 3."

Once Clarke's shot started falling, Xavier went into a free fall. The Musketeers failed to make a field goal during the final 5:30 of the first half, when Massachusetts went on a 14-3 run that pushed the lead to 18 points.

"We were going one-on-one a lot," said Gary Lumpkin, who led Xavier with 19 points. "With a veteran team, we've got to be able to keep our poise and executive instead of trying to shoot our way out of trouble."

"It was a loss of poise," coach Skip Prosser said. "We took too many forced shots and had too many drives to the basket when we really didn't have anything there. They guarded us very well."

Instead, Massachusetts showed poise in a tough place to win. The Minutemen are 5-0 in conference road games - the only Atlantic 10 team still unbeaten on the road - and the only team to knock off Xavier at Cincinnati Gardens this season.

Xavier had won its last 16 games at the Gardens, where it has only two losses in the past two seasons. A capacity crowd of 10,100 was on its feet in the first half, but Massachusetts left the arena silent with its late run.

There were five lead changes and four ties in the first nine minutes, before Massachusetts turned up the defensive pressure. Xavier hit four of its first five shots, then went 3-for-19 the rest of the half.

Massachusetts came into the game with the nation's 10th-best field goal defense, holding oppnents to 38.6 percent, and rattled the Atlantic 10's top-scoring offense (86.3 points per game).

Ajmal Basit's putback and Clarke's basket following one of Massachusetts' six blocks put the Minutemen ahead 24-18, the biggest lead by either team to that point.

Massachusetts was never in serious trouble after its 14-3 surge over the final 5:30. After getting the bulk of their points inside to that point, the Minutemen hit four consecutive 3-pointers - three by Clarke - and went into halftime ahead 43-25.

The lead reached 19 points before Xavier made a run with its press. Lumpkin made a pair of 3-pointers and a layup in a 13-4 spurt that cut the margin to 54-46 midway through the half.

Torraye Braggs' two free throws made it 57-64 with 3:51 left, but Xavier had a turnover and missed a layup on consecutive possessions as its comeback came up short.