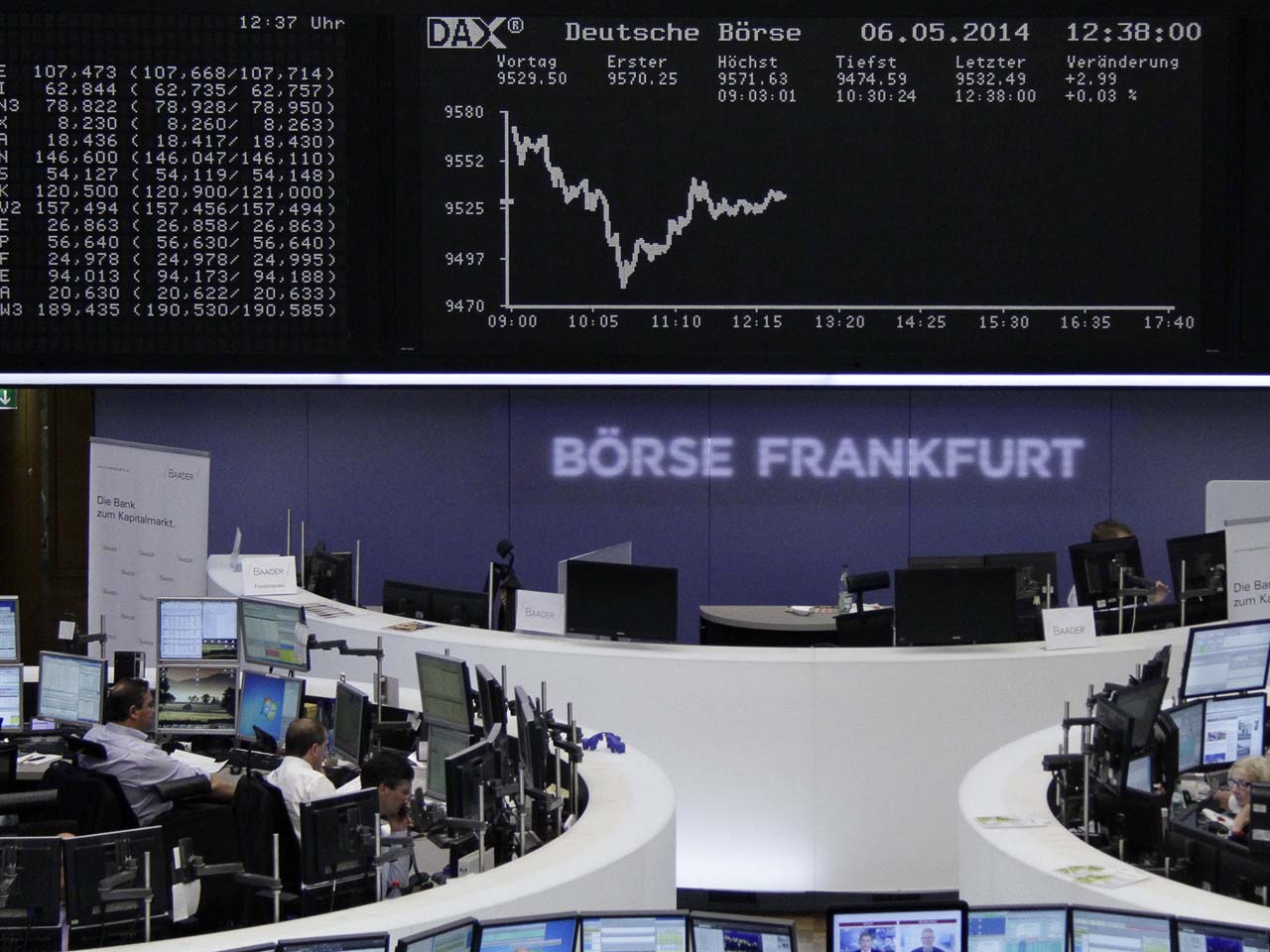 BEIJING - World stocks were kept in check Tuesday as improvement in U.S. service industries competed with concern about renewed fighting in Ukraine.

Oil rebounded to close to $100 a barrel after Ukraine's interior minister announced fighting in an eastern city killed pro-Russian militants and government troops.

On Wall Street, futures for the Standard & Poor's 500 and Dow Jones industrial average each gained 0.2 percent. U.S. markets rose Monday after the Institute for Supply Management's index for services industries that are a crucial driver of U.S. growth rose to 55.2 in April from March's 53.1. A reading above 50 indicates expansion.

Sentiment was underpinned by the ISM report that activity in U.S. service industries grew at its fastest rate in eight months in April.

"This continues the recent trend of positive US data, suggesting the economy is entering into a robust growth patch," said Mizuho Bank in a report.

In energy markets, benchmark U.S. crude for June delivery added 30 cents to $99.78 in electronic trading on the New York Mercantile Exchange. The contract fell 28 cents on Monday to settle at $99.48.