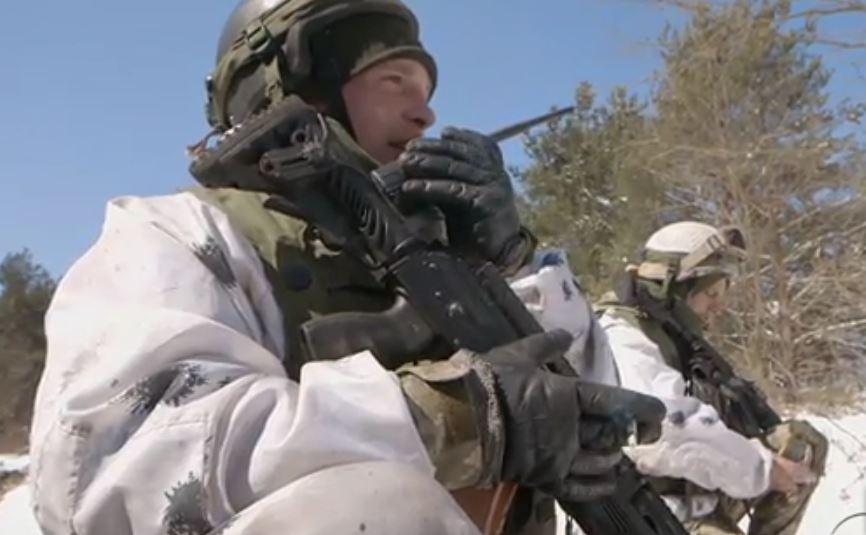 YAVORIV, Ukraine -- It was an ambush in a frozen pine forest. Russian-backed separatists surprised the group of Ukrainian soldiers. In the chaos, the Ukrainian forces took cover and fought back.

But they fired blanks. This time it was just an exercise, run by the U.S. military. But the Ukrainian soldiers taking part in the counter attack drill will be headed to the real front line very soon.

The U.S. is supporting its ally Ukraine in a war against Russian-backed militants. The rebels have seized swathes of territory in eastern Ukraine since 2014, in a conflict that's killed 10,000 people by some counts.

Soldiers from the New York Army National Guard directed the training exercise in the far-west of Ukraine.

Lt Col William Murphy has been there since November, and he told CBS News the Ukrainians don't have the equipment they need, but "what they can do with the little they have is exceptional."

The U.S. is still ramping up its support for Ukraine; more than 200 anti-tank missiles were delivered this month.

"They learn from us the newest experience of the hybrid war against Russia," Ukrainian President Petro Poroshenko told CBS News. "And we learn from them their tactics and strategy, which makes my army much more efficient."

Poroshenko wants more weapons from the U.S., and UN peacekeepers. He says his country is the front line in a new Cold War with Russia.

"They want to have Soviet Union back," Poroshenko said, adding that he believes Vladimir Putin, who was sworn in Monday for his fourth term as Russian President, wants to reconquer Ukraine and rebuild the "Russian Empire."

Ukraine says thousands of Russians are fighting in the east, alongside the rebels. Moscow has repeatedly denied it's involved in the conflict

But Col. Dennis Deeley, who leads the American trainers in Ukraine, is also reminded of the Cold War. The Ukrainians use old Soviet-era tanks -- the type the Russian enemy used when he served in Europe in the 1980s.

The Cold War ended in 1991, but now Ukraine's dangerous conflict once again pits Russia against the West.