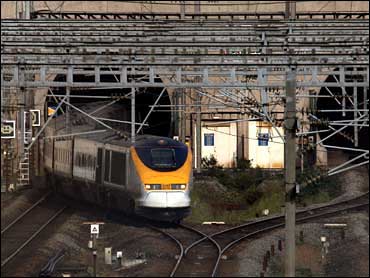 The British government said Monday that it intends to sell the right to operate the high-speed rail line from London to the Channel Tunnel.

News reports suggest a winning bid would be around £1.5 billion ($2.2 billion).

"The money generated by this sale will make an early significant contribution to the crucial task of reducing the public sector debt," said Transport Secretary Philip Hammond.

The Department for Transport said the winning bidder would get the rights to operate and maintain the 68-mile line for 30 years, and collect revenue from track access charges paid by train companies.

The winning bidder would also gain control of stations on the high-speed line including the London St. Pancras terminal.

The main users of the line are Eurostar, which provides passenger service to Paris and Brussels, and the commuter operator Southeastern Trains. The high-speed line will also serve as a corridor from central London to Stratford, a four-mile run, to carry passengers to and from the Olympic Games in 2012.

The high-speed line, built at a cost of £5.8 billion, opened in 2007 - some 13 years following the opening of the Channel Tunnel and the high-speed lines from the tunnel to Paris and Brussels.

If the winning bid is around £1.5 billion, that would represent about 1 percent of the government budget deficit last year. The national debt now is just over £900 billion.

Potential bidders must respond to a prequalification questionnaire by July 9.