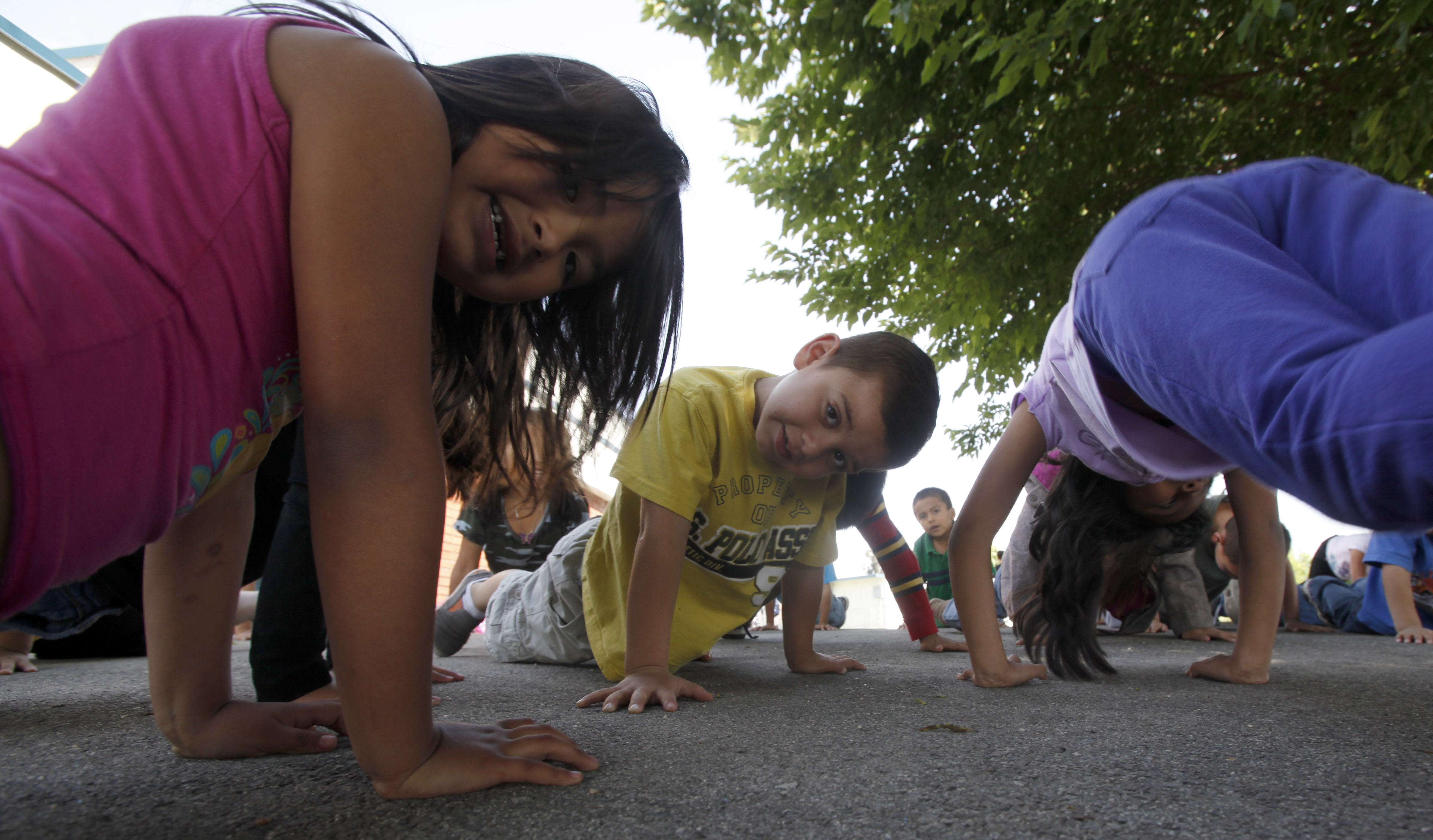 The waistlines of America's children and teens may have stopped expanding, a new study indicates.

The proportion of kids aged 2 to 18 who were classified as obese, based on their waist size, held steady at nearly 18 percent from 2003 to 2012, researchers report.

"Kids are not getting fatter," said researcher Lyn Steffen, an associate professor of epidemiology at the University of Minnesota in Minneapolis. "Abdominal obesity has been stable over the years."

Abdominal obesity fell significantly among children aged 2 to 5 years during that time frame, the study found. But one-third of kids aged 6 to 18 years remain abdominally obese -- "too many," Steffen said. "We shouldn't have chubby kids or chubby adults either."

Steffen credits the leveling off of childhood obesity largely to healthier school breakfasts and lunches and the removal of soda and candy from schools. Many vending machines now offer healthier alternatives.

The report was published online July 21 in the journal Pediatrics.

Dr. David Katz, director of the Yale University Prevention Research Center, said previous research has found that obesity rates in children have leveled off. This new report is consistent with that data, he said, but adds the significant point that obesity measured by waist size has, as expected, also leveled off.

That's important, he said, because "abdominal obesity is most linked to health complications."

However, the rate of obesity has stabilized at a very high plateau, Katz added. "The full health consequences of all the childhood obesity we already have still lie ahead, including type 2 diabetes and heart disease," Katz said.

"We may no longer learn that much by asking how many kids are overweight now? We may need to ask how overweight are kids?" he said.

For the study, Steffen and colleagues collected data on more than 16,600 children and teens, aged 2 to 18, who took part in the National Health and Nutrition Examination Survey.

The rate of obesity remained constant from 2003 to 2012 and was independent of sex, race, age or ethnicity, they said.

Samantha Heller, a senior clinical nutritionist at New York University Medical Center in New York City, said the leveling off of obesity in children is "good news." But she also finds it troubling that so many children are still obese.

Parents need to understand what a healthy weight is in kids, she said. "We need to target not only the children and adolescents, but parents, schools and other providers of kids' meals and snacks to educate and motivate them to offer healthy choices," Heller said.

In addition, health educators and food companies can work to change the myth that fast foods and junk foods are more affordable than healthier fare, she said.

"We can shift the general opinion that healthy food is tasteless by offering fun, easy and tasty options," she said. Some of her suggestions: guacamole-humus with fresh red and yellow peppers, fresh fruit skewers dipped in strawberry-yogurt-strawberry dip, or almond and currant brown rice pilaf.