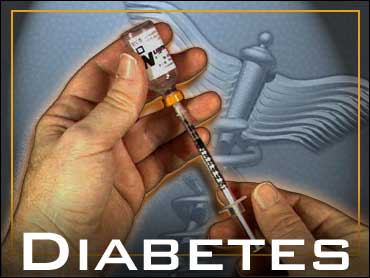 A novel experimental treatment showed promise in a small study for helping certain diabetics retain some ability to make insulin, potentially lessening their need for shots of the hormone to regulate blood sugar levels.

But the experiment raised safety concerns: Most who got the treatment had side effects that researchers said were temporary, but that theoretically might increase their risk of a blood disorder later on.

Nevertheless, the Juvenile Diabetes Research Foundation, which funded the work, considered the results encouraging enough to plan future large-scale studies, which would be needed before the experimental drug might be available.

"The results are very promising. There are not many instances where you can stop an autoimmune disease in its tracks," said Dr. Richard Insel, the foundation's executive vice president for research.

Results were published in Thursday's New England Journal of Medicine.

More than 18 million people in the United State have diabetes. The vast majority have Type 2, which is linked to obesity and occurs when the body can't effectively use the insulin it makes.

The new study involved the other 5 percent to 10 percent of diabetics who have Type 1, which occurs when the body's immune system attacks and destroys insulin-producing cells in the pancreas. They must get insulin through shots or a pump.

Researchers led by Dr. Lucienne Chatenoud of Necker Hospital in Paris tested the novel approach on 80 newly diagnosed diabetics who still had some insulin function left. The patients were given an experimental drug called anti-CD3 antibody to prevent the immune system attack.

Half of the patients received it and the other half got a dummy drug for a week after they were diagnosed as diabetics. Both groups also got at least three insulin shots a day to control blood sugar.

After 1 1/2 years, the placebo group lost an average one-third of its insulin production ability and needed 50 percent more insulin in shots to regulate blood sugar. The group that got the drug, on the other hand, lowered insulin dependence by 12 percent and increased insulin-making capability. The drug worked best in patients who still had about half of their insulin function remaining.

However, nearly all the people who took the drug had symptoms of mononucleosis, a white-blood-cell disorder caused by a virus, and flulike symptoms including fever and headache.

Researchers said the side effects were minor and short-lived. But Dr. Ake Lernmark, a professor of medicine at the University of Washington, Seattle, wrote in an accompanying editorial that more research is needed to address the drug's safety.

Lernmark, who had no role in the study, also noted that the drug's benefits might be limited in patients who already have greater insulin function than typical Type 1 patients. Most Type 1 diabetics are diagnosed when they have already lost 90 percent of their insulin-making ability.

The federal government is currently supporting two studies of the drug in Type 1 patients, said Dr. Judith Fradkin of the National Institute of Diabetes and Digestive and Kidney Diseases.

Several of the researchers in the study reported getting consulting fees and holding stocks options from TolerRx, Inc., a Cambridge, Massachusetts, firm that developed the drug.