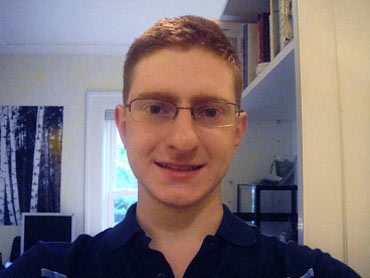 This commentary was originally posted by CBS technology writer Larry Magid, in his "Safe and Secure" blog, on CBSNews.com's sister site, CNET.

The recent suicide of Tyler Clementi, which raised the visibility of cyberbullying and digital ethics, is serving as a call to action to end something much deeper than that: cruelty, homophobia, and a distorted sense of entitlement to disclose information about others.

Clementi, an 18-year-old freshman at Rutgers University, jumped off the George Washington Bridge after his roommate, Dharum Ravi, and Rutgers student Molly Wei (both also 18) allegedly used a Webcam to record and live-stream Clementi kissing another male in his dorm room.

What these two students did was wrong for a number of reasons - and it would have been just as wrong if modern technology hadn't been employed, or if the victim were heterosexual.

As my ConnectSafely co-director Anne Collier pointed out in a blog post, this story "is not (about) technology, but inhumanity." CNET's Greg Sandoval made a similar point, that humans, not machines, are responsible for Clementi's death. But the fact that technology was involved does change the equation somewhat.

"Like so many documented instances of cyberbullying," said Dr. Patti Agatson, co-author of "Cyber Bullying: Bullying in the Digital Age," "it is unlikely that [the two youths charged with streaming Clementi's intimate encounter] could have foreseen the horrendous outcome of their actions."

When it comes to bullying, the Internet can encourage what psychologists call "disinhibition." As Rider University psychology professor John Suler put it in his free 1996 online book "The Psychology of Cyberspace," "people say and do things in cyberspace that they wouldn't ordinarily say or do in the face-to-face world."

It's somewhat similar to road rage. How many times have you seen someone in a passing 3,000-pound vehicle make a hand gesture that he or she probably wouldn't have made if encountering a similarly frustrating situation while walking down a sidewalk?

The Net is the real world

Like it or not, the Net now is reality for the overwhelming majority of children and adults in the developed world and, increasingly, for the rest of the world. It was real for Tyler Clementi because real people were witnessing an intimate act from his dorm room that he had a right to assume was taking place in private.

Whether it's an invasion of privacy, or outing, as in this case, or some other form of cyberbullying, such as defamation, impersonation, or just plain being mean, cyberbullies can inflict mental anguish that can hurt worse than physical wounds because a cyberattack can reach a vast audience, and it can haunt the victim forever. It can follow children home from school and possibly for the rest of their lives. And it can affect different people in different ways.

Some people can deflect situations better than others. How they react depends on a host of factors the perpetrator often can't possibly predict. At least in a school yard brawl, a bully can see his or her victim suffer. Online bullies may never know how much suffering they're inflicting.

We will never know the full story of why Clementi took his own life. Suicide experts say it is rare for one instance to lead someone to such a desperate act. And while suicide remains a statistically rare consequence of cyberbullying, Clementi's death is one of several recent examples of young bullying victims driven to that tragic end.

Long before teens started flocking to the Internet, suicides among lesbian, gay, bisexual, and transgendered youth were too common. The 1989 Secretary's Task Force on Youth Suicide from the Department of Health and Human Services found that gay youth are two to three times more likely to attempt suicide, according to Iowa State University professor Warren Blumenfeld, who recently conducted a study on cyberbullying of LGBT youth.

Blumenfeld's survey found that 54 percent of LGBT youth had been victims of cyberbullying in the past 30 days. Forty-five percent of the respondents "reported feeling depressed as a result of being cyberbullied, 38 percent felt embarrassed, and 28 percent felt anxious about attending school. The authors reported that, "more than a quarter of LGBT cyberbullying victims (26 percent) had suicidal thoughts.

Tipping point and call to action

I don't think there are many who would disagree that it's time for all of us - young and old - to think more about the implications of our actions on and off the Internet. Cruelty and bigotry of any sort has no place on the Internet, in our schools, in our workplaces, and in our communities or our political discourse, where even our national leaders too often are negative role models.

Every parent needs to talk about bullying and cyberbullying with their children, every school needs to integrate it into their curriculum, and every civic leader - at all levels of society - needs to incorporate civility in their messages and the way they act. It's not just about lecturing kids about how to treat other kids; it's the way all of us lead our lives in public and in private.

Being active includes not being a bystander but an interrupter of negative behavior. "In many of these situations, someone knows beforehand or early on when mean material is being posted," said Nancy Willard of the Center for Safe and Responsible Internet Use. "It's essential for everyone to take personal responsibility and speak out by saying "hey, it's not OK."

Willard recommends that young people learn to work in groups. "If you see something wrong, and you don't feel safe saying stop, you can find two friends. Then it becomes the power of three speaking out. That's very powerful."

The Technology of Jacques Cousteau