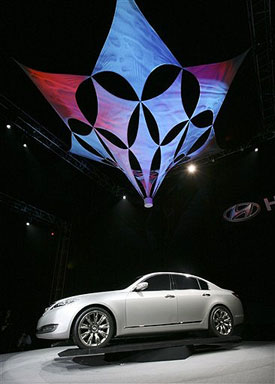 Terrell Brandon and Anthony Peeler were on target in the fourth quarter. And with Utah facing a shortage of big bodies to slow Kevin Garnett, he was tough to stop all night.

Garnett scored 23 points and had 11 rebounds, while Terrell Brandon had 19 points and 11 assists as the Minnesota Timberwolves beat the Utah Jazz 89-81 Wednesday night.

Peeler had seven of his 17 points in the final period and Brandon scored nine points in the fourth quarter as the Timberwolves closed with a 9-1 run to end Utah's four-game winning streak.

"We wanted to be aggressive down the stretch, to move the ball around and shoot with confidence," Brandon said.

Brandon and Peeler scored the final nine points for the Timberwolves, who pulled away from a 78-78 tie with 2:02 remaining. With the Jazz collapsing inside on Garnett, either Brandon or Peeler was open on the perimeter.

"That's always our strategy, to feed off Kevin Garnett," Peeler said. "I missed a couple shots early, but when (John) Starks sagged off in the fourth quarter, I knew I could make them."

It was a big learning experience for the Timberwolves, who blew an eight-point lead in the final five minutes of a 107-102 homecourt loss to Boston on Monday and blew double-digit leads in the second half of two earlier losses to Utah.

"We've been in that position before so many times," Garnett said. "We weren't always aggressive down the stretch. I told myself wanted to stay aggressive and just react."

Karl Malone led the Jazz with 22 points, while Donyell Marshall scored 19 and John Stockton had 10.

Utah suffered without the inside defense of center Olden Polynice, who was suspended by the league office for one game after he pleaded guilty Tuesday to misdemeanor charges of impersonating a police officer and disturbing the peace. The charges stemmed from traffic altercations last year where Polynice followed other motorists and exchanged words.

Greg Ostertag, returning after a one-game suspension for skipping Sunday's practice, played well in place of Polynice. But Utah's recent trend of shuffling the lineup caught up.

"This has been a pretty quiet team for 10 or 12 years. We haven't had much going on," said Jazz coach Jerry Sloan. "Lately, we've had quite a few things going on. Regardless of what they are, any time you have distractions it takes away from your ability to play."

Bryon Russell returned after missing three games with a bone chip and sprain in his right ankle. He rode an exercise bike through the opening minutes, then came in to cheers with 4:23 left in the first period. But Russell's only points came on a 3-pointer with 4:03 before halftime.

"We've played well recently except for this game," Russell said. "We'll get it back together. We'll get O.P. back tomorrow and we'll be all right."

The Timberwolves led 65-60 after the third quarter, but Utah tied it at 76 on a free throw by Stockton with 3:13 remaining. It was a slow climb as the Jazz worked through a series of offensive fouls, a technical foul on Stockton and a 3-second violation.

The Jazz finished with 25 turnovers, 10 more than their average.

"The big thing we did was we played good defense," said Timberwolves coach Flip Saunders. "When you can play Utah and force them into 25 turnovers and get 33 points off the turnovers, you did a nice job on defense."