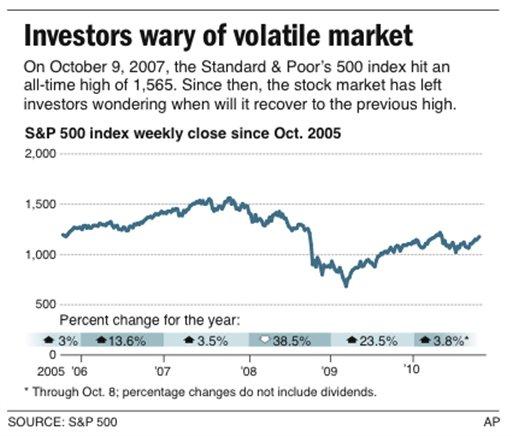 At least two children who were on a school bus when it crashed this morning in Liberty, Missouri, are said to be fighting for their lives.

A spokeswoman at Children's Mercy Hospital in Kansas City says two of the seven children brought there are in critical condition.

The school bus swerved at an intersection and slammed into two cars Monday morning, killing two people in the vehicles struck by the bus and injuring at least 23 children.

One of the first bystanders who arrived on the scene painted a verbal picture of terrified parents arriving to the scene screaming their children's names. She said before other help arrived, she began carrying bloodied, horrified children off the bus in an "awful" scene.

The woman, Vickie Whattoff, who works at a nearby grocery store, said one boy's face was smeared with blood because he'd lost his teeth in the crash. She says most of the children were in shock and were crying for their mothers.

The bus driver, a seven-year veteran bus driver whose name is not being released, is being treated at a local hospital. According to the Liberty Police Department, she has an "impeccable" driving record.

A spokeswoman at Children's Mercy Hospital in Kansas City says two of the seven children brought there are in critical condition. And Jennifer Benz says the hospital was told two or three other children who suffered the worst injuries are being sent over.

Benz says there are "head injuries, a lot of broken bones, a pulmonary contusion and back pain." At Liberty Hospital, a spokeswoman says one child had to have emergency surgery.

The crash occurred when the bus veered off of its standard path and appeared to attempt a right turn at an intersection it would normally pass straight through to reach the school, which is not far down the road.

The crash sounded "like a bomb going off," Whattoff said. "There was dust everywhere."

Both other vehicles were nearly demolished. Missouri Highway Patrol spokeswoman Angie Weddington confirmed those killed were in the cars. The Liberty Police Department released the names of victims, both adult males: David Gleason, possibly a local attorney, and David Sandweiss.

"Obviously it's a worst nightmare, basically," Liberty School Superintendent Scott Taveau said. "This is a community that cares about kids and cares about education. This is a tragedy for this community."

Twenty-three students were taken to hospitals, with 15 others released to their parents, Taveau said. He said he had no information on the children's conditions.

Denise Seley, a spokeswoman for Liberty Hospital, said three children were airlifted to Children's Mercy Hospital. She had no information on their conditions. Another child had emergency surgery at Liberty Hospital, but no details were available.

"It was mostly bumps and bruises, but some fractures," Seley said of the injuries. "The most serious were internal injuries."

"It's a disaster," Jim Dunn, director of communications for the Liberty School District, told the Kansas City Star. "I know children are hurt.

"It's up to us right now to do everything we can to help the children. Our total focus is on the kids and the parents. We're devastated."

The bus was taking kindergartners through fifth-graders to Ridgeview Elementary School when the crash happened about 8:30 a.m. near the intersection of two highways.

Liberty Police Lt. Mark Misenhelter said the cars were heading east and had apparently stopped at a stoplight. The southbound bus suddenly veered right as it approached the intersection, slamming into both cars, he said. It wasn't clear why, he said.

A view from a television helicopter showed the damaged bus in a grassy area.

All buses from the Liberty fleet are equipped with GPS tracking and video cameras, both of which will be used by investigators, according to the Liberty Police Department.

"The bus was coming southbound, traveling about 60 to 70 miles per hour, at least," witness Michael Willery told CBS affiliate KCTV-TV in Kansas City.

After the bus struck the two vehicles, Willery said he immediately jumped out of his car and ran to assist one of the victims.

But by the time Willery reached him, he was already dead.

Workers from a nearby Hy-Vee grocery store also rushed to help.

"Why don't they have safety belts on school buses?" Whattoff, one of the workers, asked. "A lot of the injuries were from kids flying forward and hitting the seat in front of them."

Another worker, Kristin Bosak, said the children were crying for their parents and several were bleeding badly.

Frantic parents showed up at the scene despite pleas from the district that parents stay away. Large sheets were placed over the two other vehicles, perhaps to shield children from the frightening scene.

Six of the injured were taken to Liberty Hospital. Twenty-three children total were sent to local medical facilities. A spokeswoman would not disclose their conditions but said one was being sent to Children's Mercy Hospital.