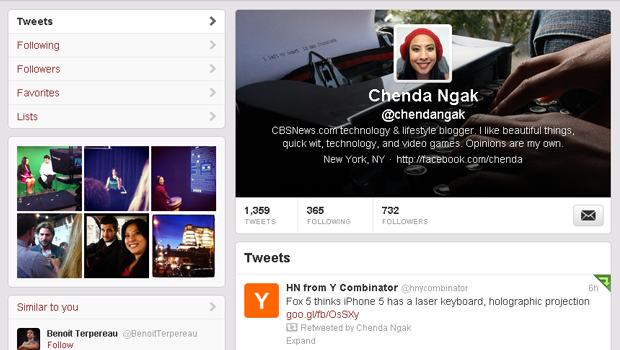 The new Twitter includes a new header photo that can be customized to reflect users' interests. The addition of a header photo means that users will have the option of using two photos for their profiles.

The micro-blog also emphasized that the header photo will be consistent across all platforms - Web, iPad and smartphone apps.

Once a header photo is activated, the profile photo will be moved to the right column. But, the change is reversible.

Although, the comparison is probably unwelcome, it's tough not to compare Twitter header photos with Facebook Timeline cover photos.

Twitter also updated its iOS and Android apps. The iPad apps feature a rich environment for videos and photos. The mobile apps will feature header photos.

The company's last major update was in December 2011, when it introduced embeddable tweets, a discovery page and updated mobile app.