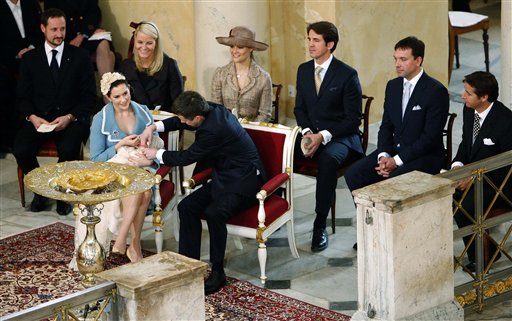 Do not blame the tooth for this one.

Blame the walks. Blame the defense. Blame Kerry Wood and the Chicago Cubs.

Wood struggled with his control as he lost for the first time since April and the Cubs struggled in the field as their 10-game winning streak ended with an 8-0 loss to Brad Radke and the Minnesota Twins on Tuesday night.

Wood, who was bothered by an abscessed tooth, lasted just 3 1-3 innings, the second-shortest outing of his otherwise superb rookie season.

"I had a bad day," he said. "I've got another (start) in five days. I'll just have to come back the next time and work on another streak, I guess."

Pitching one week before his 21st birthday, Wood (6-3) was no match for Radke in their highly anticipated pitching matchup, which drew a crowd of 25,806, surpassing Monday's 18,077 as the largest ever to see an interleague game at the Metrodome.

It was a disappointing outing not only for Wood and the Cubs, but for the fans who came to see the youngster. But the Twins felt fortunate to have seen Wood on an off day.

"I was watching him warm up in the bullpen before the game and he was throwing balls out of the strike zone," said Matt Lawton, who had three RBIs and two of Minnesota's team-record four sacrifice flies.

"I told our guys he isn't the same. I heard he wasn't feeling the best. This isn't a good game to judge Kerry Wood by."

It was a good game to judge Radke (8-4), who pitched a four-hitter for his first shutout of the season and his third complete game. He retired 18 of the last 19 hitters in winning for the fifth time in six starts. Radke walked one, struck out eight and now is 5-1 in games following a Minnesota loss.

"That's about as good a game as we've had pitched against us," said Chicago manager Jim Riggleman. "That was a (Greg) Maddux-like game."

Even the low-key Radke admitted he was excited about a chance to pitch against Wood.

Wood, who tied the major-league record with 20 strikeouts in a one-hitter against Houston on May 6, gave up six runs and five hits, walked four and struck out only four.

He also was hurt by two errors by shortstop Jeff Blauser and another defensive miscue that allowed the Twins to score four unearned runs. The loss was the first since April 24 for Wood, ending a seven-start stretch in which he was 5-0 with a 1.44 ERA.

Wood was looking for no excuses.

"The tooth had nothing to do with it," he said. "I didn't have good control with the fasball, and the walks hurt."

So did the sloppy defense.

The Cubs came into the game with a 10-game errorless streak, matching the team record set in 1984. That changed when Blauser couldn't pick up Nixon's routine grounder to start the first. Nixon stole second and later scored on Lawton's first sacrifice fly.

The Twins made it 2-0 in the third on Cordova's sacrifice fly to second baseman Mickey Morandini.

Nixon led off with a single, stole second and moved to third on Lawton's single. Cordova then lifted a fly to shallow right field, but Morandini made the catch running away from the infield instead of letting strong-armed right fielder Sammy Sosa handle it.

The Twins finished Wood in the fourth with three walks and another Blauser error. Terry Steinbach made it 3-0 with a perfectly executed hit-and-run double, and then Wood unraveled.

Denny Hocking reached on Blauser's error and Wood then walked Nixon to load the bases and Brent Gates to force in a run. Bob Patterson came in and allowed Lawton's second sacrifice fly and Cordova's RBI single to make it 6-0.

"(Wood) wasn't as bad as what the linescore is going to show," Riggleman said. "He just lost the consistency of placing his fastball, and we didn't play too good behind him."

Notes: Twins third basemen Ron Coomer was a late scratch because of a sore neck. Minnesota already was without Paul Molitor, who had a cortisone shot in his left shoulder after Monday's game and will be out at least until the weekend. ... It was only the second time this season Wood's strikeouts did not exceed his walks. He walked four and struck out two in his last loss, to the Dodgers on April 24. ... The Twins have gone seven games without an error, one short of their longest errorless string of the season. ... Sosa went 0-for-4 to end his string of five straight games with a homer.