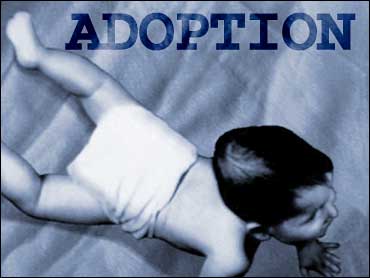 Two families who adopted Chinese children and brought them to separate homes in Arizona and Alabama have discovered that the toddlers are siblings and almost certainly twins.

Three-year-olds XiMei and TaoTao were reunited when TaoTao and his adoptive mother arrived Sept. 30 at Tucson International Airport to spend the weekend. XiMei (pronounced shee-may) was adopted by a Tucson couple, and an Alabama family adopted TaoTao.

The two families found each other when Rose Veneklasen and Jutta Walters linked up on a Web site offering support for families who adopted children from China.

As they talked, they realized their children were estimated to be about the same age, were found abandoned the same day, and both had cleft palates. They were both taken to the same orphanage and both were afraid of the dark, according to their adoption profiles.

The women exchanged pictures. Then in July, they ordered DNA tests that confirmed with 98 percent accuracy that the toddlers share at least one parent, most likely their mother.

"This is almost like gaining new family members," Walters, of Montgomery, Ala. told the Arizona Daily Star for Saturday's editions. "In fact, we keep joking that now when people ask us how many children we have, we'll have to say three and a half."

In most cases, it is almost impossible to obtain information about biological families of adopted children.

The Walters and Veneklasens, of Tucson, each have two other children.