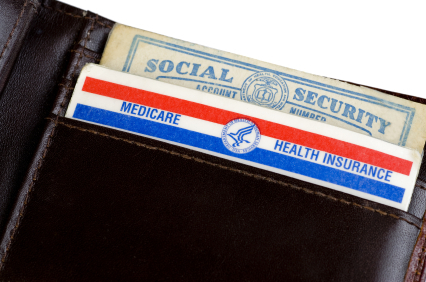 WASHINGTONThe government said Friday that Medicare's giant hospital trust will not be exhausted until 2026, two years later than projected last year, while the date that Social Security will exhaust its trust fund remained unchanged at 2033.

The latest projections were included in the annual report of trustees of the trust funds.

The new report warned that despite the small improvement in Medicare, both it and Social Security face significant funding challenges as the giant baby boom generation continues to retire.

The reasons given for the improved financial outlook for Medicare were an overall slowdown in the rate of increase in health care spending, particularly on skilled nursing care, as well as lower projected costs for popular insurance plans available within the Medicare program.

Treasury Secretary Jacob Lew, the chairman of the trustees, said President Barack Obama is committed to working with Congress to put both programs on a stronger footing.

"Protecting Social Security and Medicare is one of the most significant challenges we face today as a nation. And it is a challenge that we can and must meet," Lew told reporters at a news conference.

With almost 10,000 baby boomers reaching retirement age and qualifying for benefits each day, those dates have been creeping closer, but Washington has been unable to reach consensus on an agreement to strengthen the finances of the government's biggest benefit programs, which together accounted for about 38 percent of federal spending last year.

Depletion of the reserves in the giant trust funds would not end the benefit programs but would trigger sharp reductions in benefits.

For the Medicare hospital trust fund, the depletion of that fund in 2026 would mean a cut in benefits to about 87 percent of the full level.

While the combined Social Security trust fund was projected to be depleted in 2033, the trustees warned that the funding threat to one of the component trust funds that makes payments for workers on disability is much more urgent.

It was projected that the disability trust fund would deplete its reserves in just three years in 2016. That date is unchanged from last year's report.

Charles Blauhous III, one of two public members of the trustees group, said that while Congress could decide to correct the shortfall in the disability program by moving tax revenue away from Social Security, that would only worsen the funding problems facing the Social Security retirement program.

A solution to the funding problems for Social Security and Medicare has proven allusive because of the political dangers posed by any agreement that would trim benefits for millions of Americans or raise taxes to cover the projected shortfalls.

Obama has already offered to break a pledge he made in his 2008 re-election campaign not to trim Social Security benefits.

Twice in negotiations with GOP leaders, he agreed to adopt a new measure of inflation that would result in smaller cost-of-living adjustments, or COLAs, for Social Security recipients.

He formally put forward that proposal in the budget he sent to Congress in April.

Obama and Republican leaders in Congress have held off-and-on talks about various other possible fixes for the entitlement programs since 2011 as part of their efforts to reduce the government's soaring budget deficits.

But both sides remain far apart. Republicans insist any budget agreement must include deep spending cuts, while Obama is seeking what he calls a balanced deal that would include not only cuts in government spending including reductions in entitlement programs but also higher taxes.

Many Democrats in Congress are protective of the entitlement programs, expressing strong opposition to the COLA trim that Obama has put forward.

House Republicans earlier this year passed a budget that would eventually turn Medicare into a voucher-like program for people younger than 55. But Obama and other Democrats reject that approach.

Obama's approach to Medicare savings would trim payments to drug companies, hospitals and other service providers.

He has also proposed having a growing share of seniors pay higher premiums over time, based on their incomes.

In addition, Obama would have wealthy taxpayers pay a higher Medicare payroll tax.