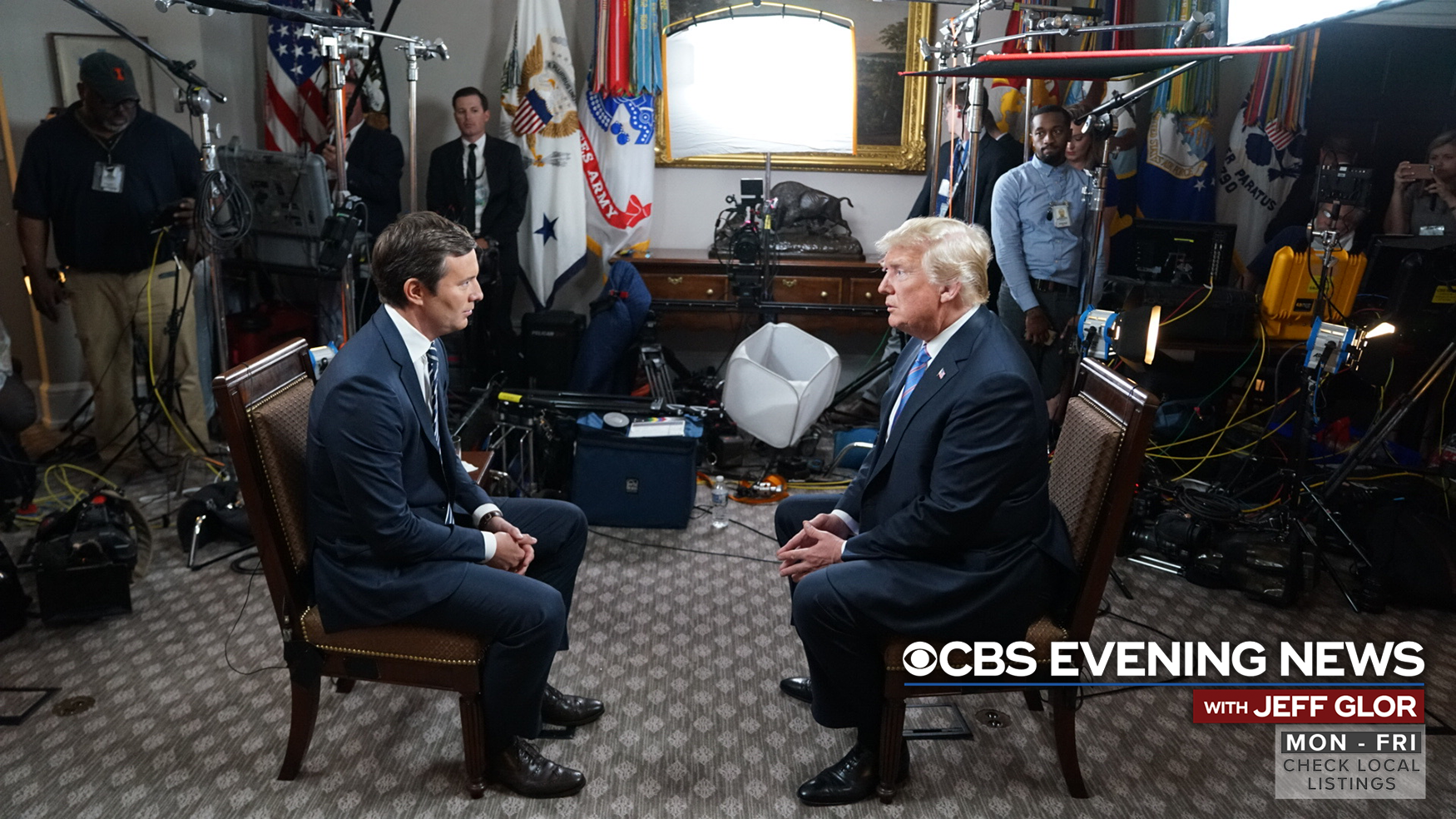 For the first time as president, Donald Trump is holding his Russian counterpart responsible for interfering in the 2016 election. In an exclusive interview with "CBS Evening News" anchor Jeff Glor, the president said he would hold Vladimir Putin accountable because he's Russia's leader. Glor also asked him about the 2020 presidential election.

Here is a part of their exchange:

GLOR: Who do you think your Democratic opponent will be? Joe Biden says he'll make a decision by January.

TRUMP: Well, I dream, I dream about Biden. That's a dream. Look, Joe Biden ran three times. He never got more than 1 percent and President Obama took him out of the garbage heap, and everybody was shocked that he did. I'd love to have it be Biden. I think I'd like to have any one of those people that we're talking about…You know, there's probably – the group of seven or eight right now. I'd really like to – I'd like to run against any one of them, but Biden never by himself could never do anything. President Obama took him, made him vice president and he was fine. But you go back and look at how he succeeded in running, when he ran two or three times, I don't think he ever break -- broke one. He was at the one or less level, 1 percent or less level.