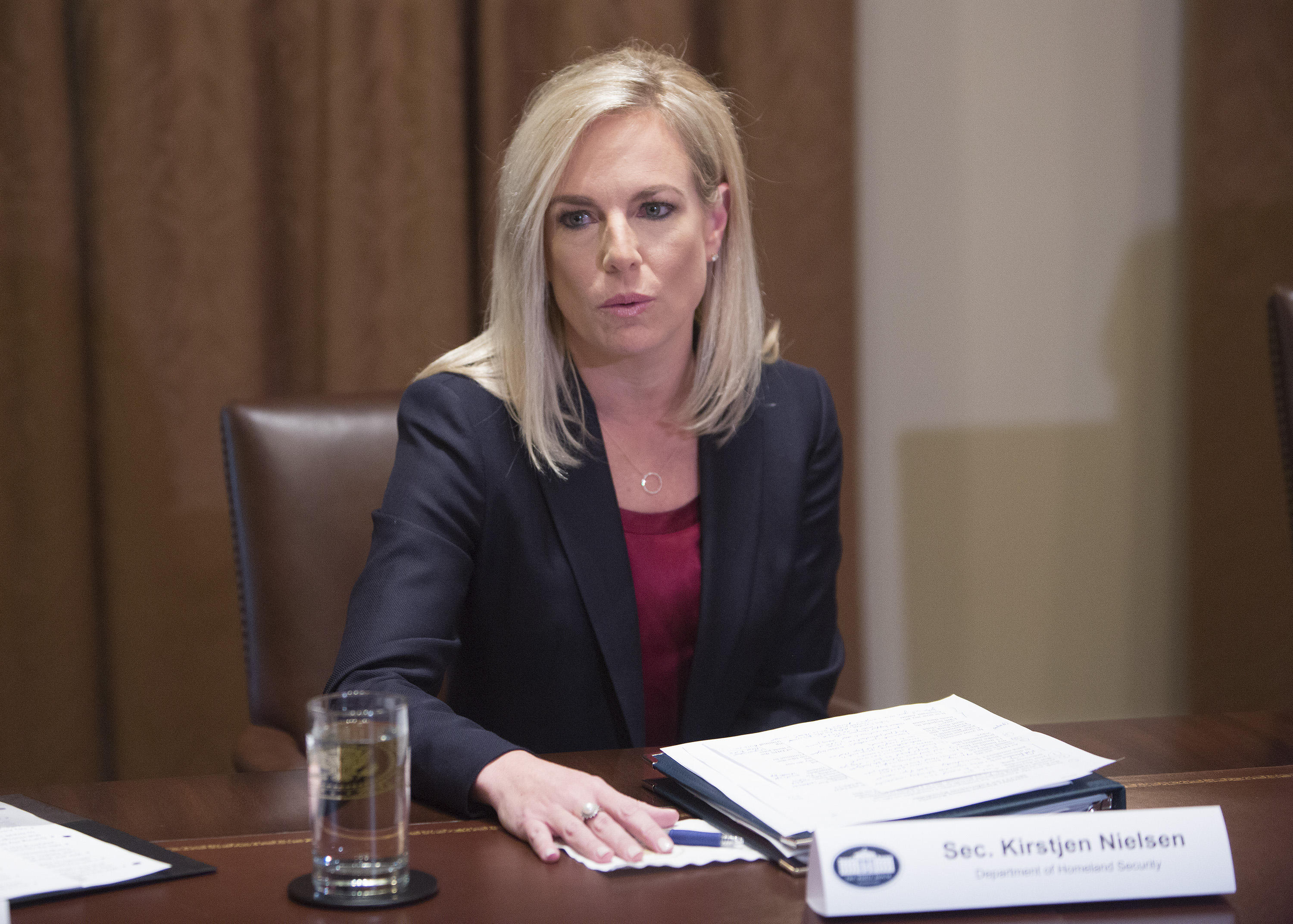 The Trump administration announced Friday it is ending special immigration protections for about 57,000 Hondurans after a devastating hurricane two decades ago, adding them to hundreds of thousands of other immigrants from countries battered by violence and natural disasters who have lost temporary permission to be in the United States.

The U.S. Department of Homeland Security's decision Friday gives Hondurans with temporary protected status a year and a half to leave the U.S. or obtain legal residency in other ways. The designation ends Jan. 5, 2020.

Around 437,000 immigrants from 10 countries affected by extreme violence or disasters have temporary protected status. The Homeland Security Department under Trump has now discontinued that status for nearly all of those groups, including people from Sudan, Nicaragua, Nepal, Haiti, and El Salvador.

President Donald Trump -- who wants to curtail legal immigration and has been cracking down broadly on illegal immigration -- and his supporters note that the protections were never meant to be permanent.

Immigrant advocates contend that revoking the status will simply drive people underground who have been establishing roots in the United States for anywhere from a few years up to two decades and longer, including having American-born children.

"Generally speaking, people make decisions about migration based on human needs and social connections over legal statutes," said Miranda Hallett, assistant professor of cultural anthropology at the University of Dayton.

In the case of Honduras, the program known as TPS has been in place since 1999, after Hurricane Mitch caused devastation in the Central American nation the year before.

The administration says conditions in Honduras have improved, while advocates argue that Honduras still hasn't fully recovered from the hurricane and is now plagued by rampant violence.

"Since 1999, conditions in Honduras that resulted from the hurricane have notably improved," said a Friday statement from Department of Homeland Security secretary Kirstjen Nielsen. "Additionally, since the last review of the country's conditions in October 2016, Honduras has made substantial progress in post-hurricane recovery and reconstruction from the 1998 Hurricane Mitch."

Mr. Trump, his opponents argue, is effectively adding tens if not hundreds of thousands of people to the ranks of those in the U.S. without legal status.

Marta Connor, a 50-year-old union organizer in Southern California who has lived in the U.S. for decades and has three American-born children, said ahead of the announcement that she wasn't leaving, regardless of the administration's policies.

"One thing I can tell you is I am not going to Honduras," she said, noting that many of the asylum-seeking migrants in a caravan that recently reached the U.S.-Mexico border are from Honduras. "If they are coming, why am I going over there?"

"There is no way I will go back," Connor said.

Around 437,000 immigrants hailing from 10 countries have had temporary protected status, a designation created in 1990 to allow people from countries impacted by natural disasters like earthquakes or man-made disasters like war to have a short-term safe haven. Those with it have generally been able to work and with permission, travel outside the U.S. and return.

Countries are added to the list as circumstances warrant, with renewals of TPS coming usually around every 18 months. While some countries have been taken off the list, others have remained on it for extended periods of time, which critics of TPS say turn the program into a default amnesty.

Under Mr. Trump, the Department of Homeland Security has terminated TPS for Sudan, Nicaragua, Nepal, Haiti, and notably El Salvador, which accounted for more TPS holders than any other nation. They've been given deadlines starting in November for Sudan and throughout 2019 for the other countries to leave, or if possible, gain legal status. Several groups are suing to stay in the U.S.

TPS has been extended for the 6,900 Syrians in the U.S. who currently have it, but the administration has said it will not grant that status to new applicants. Decisions are upcoming for South Sudan, Somalia, and Yemen, which cover fewer than 1,700 people.

Daniel Sharp, legal director at the Central American Resource Center in Los Angeles, said he doesn't believe most immigrants who have the status will leave after living here for more than two decades and setting down roots with U.S.-born children, jobs and homes.

"People don't want to go back to being undocumented but I don't think you are going to see a ton of people returning to their countries of origin," he said.

The big question is whether the U.S. government will put immigrants into deportation proceedings once the status ends, he said. That could clog up an already overwhelmed immigration court system and many immigrants may qualify for green cards under a special program for those who have lived in the country a long time, he said.

El Salvador actually had TPS twice, the first time in the early 1990s until December 1994. It's estimated that about 150,000 people were covered at that time. Cecilia Menjivar, professor in the sociology department at the University of Kansas, said while exact numbers are unknown, it's clear many stayed in the country when TPS was terminated.

Some were able to obtain permanent residency through family sponsorship, but immigration law has changed in ways since then that "there are fewer avenues for legalization," she said.

Ramba Regmi, 53, a native of Nepal who's been in New York City for close to two decades, doesn't know what she's going to do. She spent many of those years without legal status after overstaying a visa, but got TPS, which was issued to Nepal after an April 2015 earthquake there killed more than 8,000 people.

With the legal authorization that TPS provides, she was able to go from working in a nail salon to owning one, where she employs three people. She financially supports her husband and adult children in Nepal, which she says still hasn't recovered from the earthquake.

"I never thought this was going to end, so what can I say?" Regmi said after the Department of Homeland Security last week declined to renew TPS for about 9,000 Nepalis. "This is very difficult."