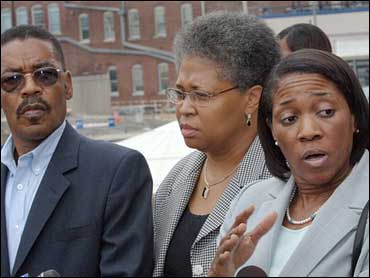 A federal grand jury indicted three people Tuesday on a conspiracy charge alleging they tried to sell Coca-Cola trade secrets to Pepsi and were willing to give the information to the "highest bidder," as new details emerged about the scheme and the suspects.

U.S. Magistrate Judge Joel Feldman then ordered Duhaney and Dimson, who served time together at a federal prison in Alabama, held without bail pending trial. Williams was previously granted bond and remains free. She did not speak to reporters as she left the courthouse.

The crime was foiled after Purchase, N.Y.-based PepsiCo Inc. turned over to The Coca-Cola Co. a May letter Pepsi had received from a man the FBI later identified as Dimson who offered to sell Coke trade secrets to "the highest bidder," the indictment said.

The indictment says a box containing two undisclosed Coca-Cola product samples and other confidential company documents were found in Duhaney's home during a search on July 5, the day all three were arrested.

In the initial criminal complaint, authorities referred to only one product sample. Coke has declined to say what product or products the samples relate to. The indictment refers only to a mysterious "Project N......."

Williams, who has since been fired as a secretary for Coke's global brand director at its Atlanta headquarters, allegedly took the information from the company and gave it to Dimson and Duhaney.

Her attorney had refused to say how she was connected to the two men, but Duhaney's wife testified at Tuesday's hearing that Williams has been a friend of hers and her husband's for years, had attended a party for Duhaney when he was released from prison and even offered to help prepare a resume for him. The wife said that Dimson had stayed at her home for a period of time.

Samuel called an FBI agent, a friend and co-worker of Duhaney and Duhaney's wife to support his effort to free Duhaney.

In addition to the documents found in Duhaney's home, the agent testified that a marked $50 bill that was part of $30,000 in cash that the FBI gave Dimson during its undercover operation was found in Duhaney's possession when he was arrested. However, the agent also acknowledged that nearly all of his contacts during the investigation were with Dimson, though the government has taped conversations among all three suspects.

Duhaney's wife, Veronica, testified that her husband has been abiding by the law since being released from prison in 2005 after serving nearly five years of a 7-year sentence for possession of cocaine with the intent to distribute. Dimson had served nearly one year of a 2-year sentence for a bank fraud conviction.

But the judge noted that even if Duhaney were released on bond for the current charge, he would be held because he violated his probation on the drug conviction by being arrested.

While Feldman ultimately sided with the government, the judge noted that the evidence suggests Duhaney was not as "intimately involved" in the alleged crime as Dimson. The judge did not offer an opinion on the evidence regarding Williams.

The government, meanwhile, is seeking forfeiture of any property derived from proceeds of the alleged crime.

The three were arrested last week on a criminal complaint that included charges of wire fraud and unlawfully stealing and selling Coke trade secrets. The indictment for a single count of conspiracy sets the case on course for trial.
HARRY R. WEBER