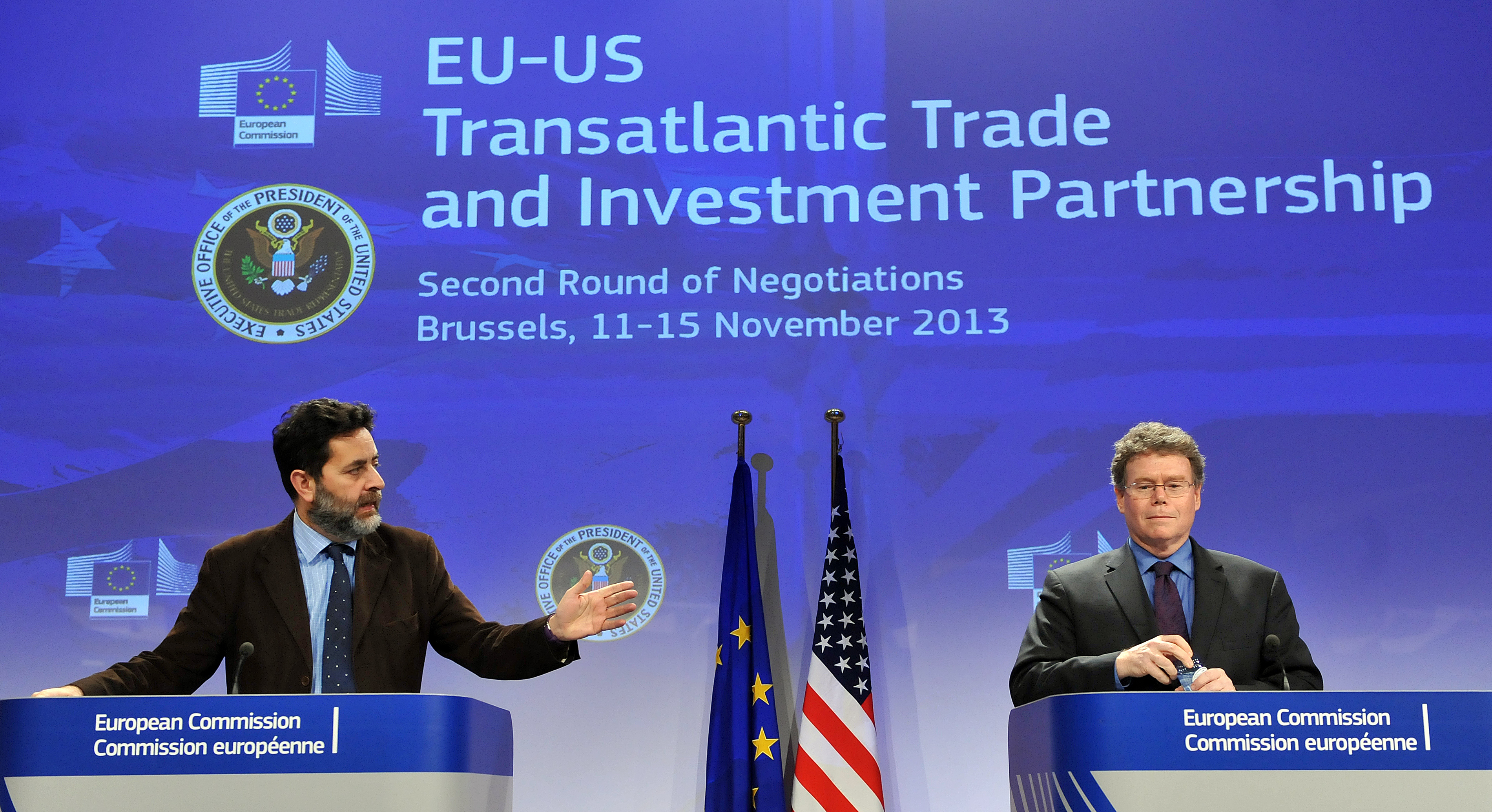 A trade pact being negotiated between U.S. and European leaders in Washington this week poses a number of economic and environmental risks, according to a coalition of consumer groups.

The prospective agreement, called the Transatlantic Trade and Investment Partnership, is aimed at easing trade between the U.S. and Europe by eliminating trade tariffs. But that could reduce protections in existing laws to the “lowest common denominator” on either side of the Atlantic, said Robert Weissman, president of Public Citizen, a U.S. consumer advocacy group, said in a press conference to lay out the consumer groups' concerns. That would undermine U.S. banking and insurance regulations, while leaving Europeans to grapple with lower standards for privacy, chemical and food labeling.

The consumer advocates who oppose a reduction in Transatlantic trade rules admit they are uncertain about the specifics of the deal. That seems to have amplified their fears, in large part because the trade agreement is being negotiated in secret. Only the briefest outline of how the pact would change existing law has been made public. Yet leaked information suggests that the deal could weaken U.S. banking laws and eliminate food and chemical and environmental labeling.

“We can guess from the filings in the U.S. that a wide array of business groups presented their wish list of what they would like Santa to leave under the tree in these trade negotiations,” said Susan Grant, director of consumer protection for the Consumer Federation of America. “But the text is not made public. We can't see it. Congress can't see it. European Parliaments can’t see it. It’s only businesses that are part of the trade advisory committees and the negotiators themselves. The public needs to be part of this process.”

Officials with the Office of the U.S. Trade Representative, which is leading the U.S. side of the talks, did not prior to press time.

The trade pact, which has been under negotiation for the past six months, seeks to lower barriers to trade, including tariffs and conflicting laws. It would impact virtually every industry, from food to fuel. That could grease U.S. exports of coal, natural gas and oil to Europe, while also sending waves of data on European citizens to U.S. companies hoping to “mine” that information to create profiles that could be used to sell everything from clothing and cosmetics to insurance.

But there is little evidence that best practices will be adhered to in the final deal, the consumer advocates said. Worse, the agreement appears to include an investor-state dispute resolution process that gives investors the right to sue foreign governments on behalf of the shareholders of companies that believe they're being denied profits by government laws. That could prevent state, federal and local governments from imposing rules aimed at protecting their citizens from potentially harmful products and practices, Weissman said.

“It’s hard to get your head around the investor-state dispute resolution deals because they provide super rights to corporations that seem implausible but do exist,” he said.

In these locations, gas costs more than the U.S. minimum wage
Kathy Kristof