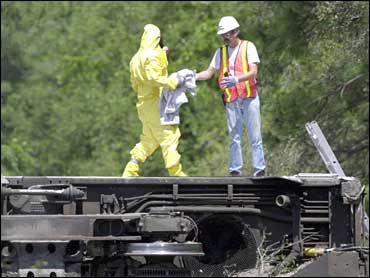 In the past few years, there have been more than 200 Amtrak derailments, but only one death in all those accidents, making rail travel much safer than the American obsession of the open road. And while Amtrak is having severe financial difficulties, it apparently hasn't hampered safety.

Part of the reason train travel is so safe it because Amtrak cars go through crash tests just like autos, reports CBS News Correspondent Sharyl Attkisson, and are said to be about twice as sturdy as European passenger cars.

In the latest accident, even though there were four deaths, experts say there's proof that the tough safety standards worked. There were 400 people aboard the packed train running full-speed — and most walked away.

However, it's the tracks that may be the biggest variable when it comes to passenger train safety. While Amtrak uses 22,000 miles of track across the country, it owns and maintains owns only about 700 miles of it, mostly along the crowded Washington New York Boston corridor. Elsewhere, freight railroads like CSX own and maintain the tracks, with no oversight from Amtrak.

The railroads report to state and federal authorities on track maintenance.

"Passenger and freight trains have co existed on the same tracks since railroading was invented," says Ross Capon, head of the National Association of Railroad Passengers.

But track problems lead to many accidents. The worst accident in Amtrak history was in 1993, when a tugboat hit the train tracks above an Alabama bayou in dense fog. Minutes later, Amtrak's Sunset Limited veered off the bridge, killing 47 people and injuring 103.