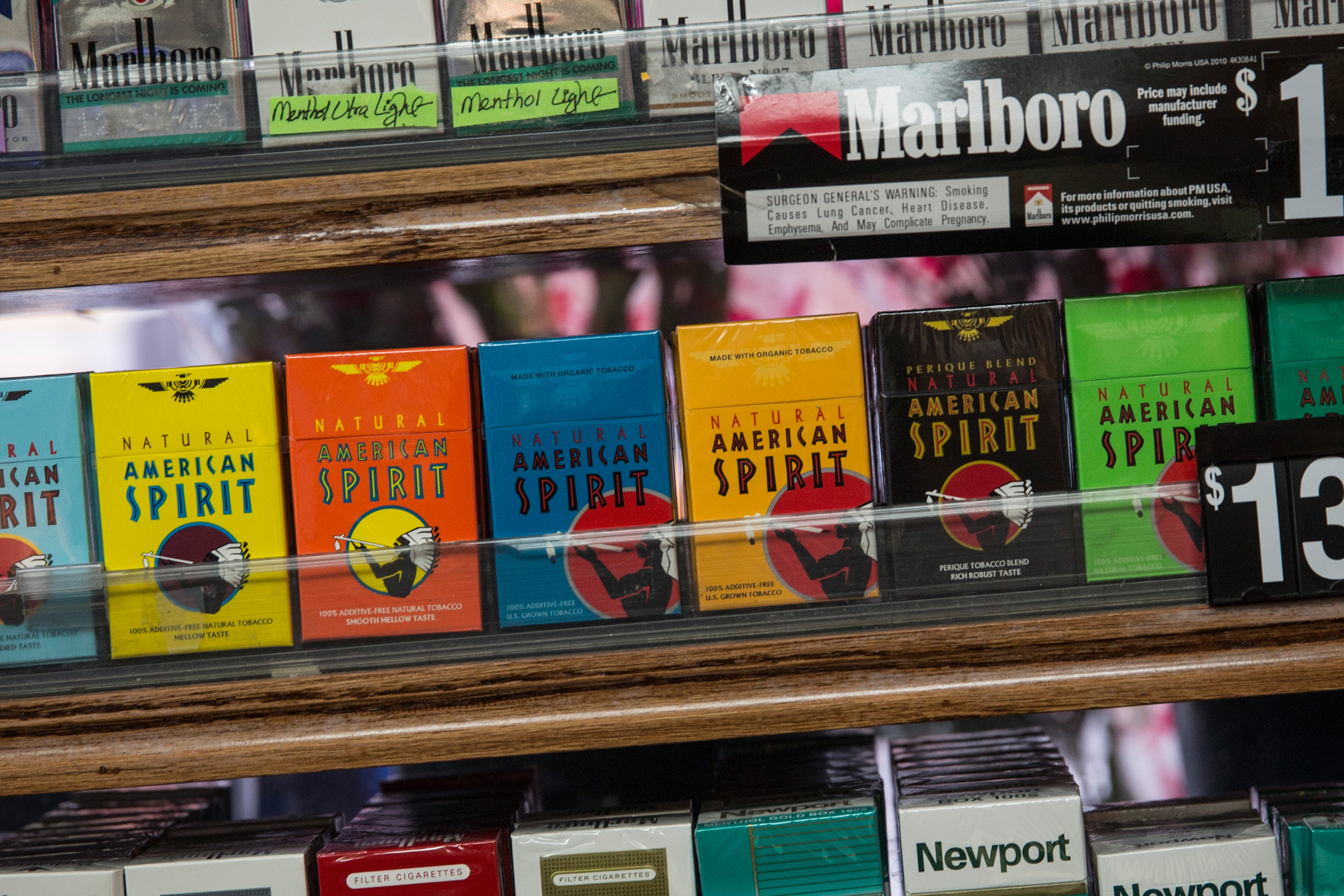 Without a national tracking system in place, smokers evade taxes, there's less of a barrier to youth smoking and local governments miss out on revenue, the authors of a new study contend.

Kevin Davis of the nonprofit research organization RTI International in Research Triangle Park, North Carolina, and his colleagues calculated that the cities of Boston, Philadelphia, New York, Providence and Washington, DC, combined, could collect between $690 million and $729 million per year in cigarette taxes if trafficking stopped.

"What is key about this is that these calculations are not actual losses in revenue," Davis said. "This is money that could be added to government income."

Davis and his team focused on five cities in the northeastern U.S. and estimated that if New York City eliminated trafficking, roughly 5 percent of young people there would never pick up a cigarette in the first place and adults would decrease their overall cigarette consumption by about 7 percent.

"Where illegal trafficking exists, taxes are not being paid, but also the person who buys the product pays less," said Joanna Cohen, director of the Institute for Global Tobacco Control at Johns Hopkins Bloomberg School of Public Health in Baltimore. She was not involved in the research.

"If there's a lower price, then there is less incentive to reduce smoking," Cohen told Reuters Health.

"Tobacco products are deadly and kill one of every two long-term users," Cohen said, adding, "Because each death is completely preventable, any death from cigarette smoking is a tragedy."

Surveys on U.S. cigarette trafficking have been done before, but "this study is giving an updated sense of how extensive the problem remains," Cohen said.

During a three-week period in 2011, Davis and his team collected cigarette packaging litter in specific Census tracts within city limits and checked the local tax stamps. Cohen said this method gives "a good sense of what is happening at the street level."

Of the 1,439 total cigarette packs collected, nearly 59 percent lacked tax stamps that corresponded with the geographic location where they were found.

The researchers note that some portion of those could have been purchased in another state by individuals for their own use, which is not illegal. With that in mind, they estimated that up to 42 percent of the found packages were trafficked in.

In New York City, the largest single source of out of state cigarettes was Virginia. Pennsylvania was the most significant source of non-local packs found in Boston, Davis and his colleagues report in the journal Tobacco Control.

In New York City, both state and city governments levy a per-pack tax totaling $5.85, while in Philadelphia, the state tax is $1.60.

Based on the rate of trafficking they estimated, the researchers calculated that eliminating it would allow cities to recoup substantial revenue: $636 million to $663 million in New York City, about $21 million in Boston, between $5 million and $10 million in Providence, about $2 million in Philadelphia and $16 million to $33 million in DC.

The researchers write that one possible solution to the trafficking problem is to implement a national "track-and-trace" system that would allow law enforcement to follow cigarette packages from the manufacturer to the point of sale and make it easier for them to disrupt trafficking networks.

"The track-and-trace program could be similar to tracking a UPS package," said study co-author Susan Kansagra of the New York City Department of Health and Mental Hygiene.

The federal Tobacco Act of 2009 gave the U.S. Food and Drug Administration (FDA) the power to implement a nationwide track-and-trace system. In March 2013, the City of New York petitioned FDA to start work on such a project. Executives with the American Heart Association and American Lung Association also co-signed the letter.

And, Kansagra points out, California has been using an encrypted tax stamp system for years now, which helps to defeat counterfeit tax stamps. Previous research has suggested, however, that counterfeiting accounts for a small amount - about 4 percent - of illegal cigarette sales.

Shelley agreed on the need to track cigarette packages and emphasized that the FDA already has the power to do it. "The Food and Drug Administration has the authority to put a track-and-trace system in place, and they need to act on this authority," she said.

Another possible solution, Cohen said, is to equalize taxes and close tax loopholes that incentivize cross-border smuggling in the first place.

"If all states raised their tobacco taxes to an average level - that would help," she said.

"We know what we have to do about this. Now it's time to act," Cohen said. "We don't need more research. We need action."

Pediatrician on balancing "nutrition with safety" amid baby formula shortage
Thanks for reading CBS NEWS.
Create your free account or log in
for more features.
View CBS News In
CBS News App Open
Chrome Safari Continue
Be the first to know
Get browser notifications for breaking news, live events, and exclusive reporting.