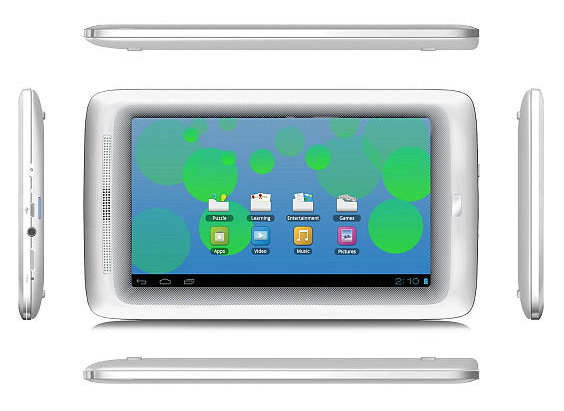 (AP) NEW YORK - It's still summer for a few more days, but the holidays are already heating up at Toys R Us.

The largest U.S. specialty toy retailer outlined its plan for its busiest season Wednesday - including adding a "hot toy" reservation system, beefing up services like layaway and ship-to-store, and offering more exclusive toys like its $149.99 Tabeo tablet.

The holidays are crucial for retailers, particularly toy stores. The season can account for up to 40 percent of annual sales.

CEO Jerry Storch told reporters during an event at its Time Square flagship that the company is entering the season with lean inventories and strong profit margins. He added the same thing he says every year: That Christmas will come and parents will buy their children toys, no matter the economy.

"I can't predict the economy, but the last thing parents cut back on is toys," he said.

Toys must be reserved in stores - in order to avoid online scammers, Storch said - and customers have to put down 20 percent to reserve the toy.

Once reserved, customers will receive an e-mail notification when the order is available and have until Dec. 16 to pick it up in store. The idea is to help customers avoid a frantic last-minute search for hot toys - such as 2009's Zhu Zhu Pets stuffed hamsters and last year's Leapfrog LeapPad tablet - which often run out of stock later on in the season.

Services like the reservation program, and Toys R Us' layaway program and new ship-to-store program are important to draw customers into stores as Toys R U facing increasing competition from discounters and online retailers.

But at the event Wednesday Storch said the media overplays the danger of so-called "showrooming," where customers go into brick-and-mortar stores to browse wares but buy things cheaper online, and said that the best retailers will utilize both stores and e-commerce to reach consumers wherever there are.

"There's a narrative out there that facts don't support," he said, citing data from research firm NPD that showed Toys R Us gained more toy market share than mass merchants like Target and Wal-Mart and online retailers such as Amazon.com combined during the January to July 2012 period.

While the privately held company did report a decline in revenue in stores open at least a year in its most recent quarter, that's solely due to weak videogame sales - an industrywide problem - rather than any "showrooming" effect, he said.

Storch said preorders for the Tabeo tablet, which was announced on Monday and comes out Oct. 21, have been strong but did not give specific figures.

The company is also increasing the products it sells under its Babies R Us brand. And it is adding more exclusive lines that can only be found at Toys R Us, including a line of clothing and baby products under Heidi Klum's name, debuting Saturday, and a line of Legos for 11- to 16-year-olds called Technic, out in the fall.

Storch said Toys R Us plans to open 150 to 200 temporary stores, similar to the number it opened last year. Storch declined to comment on the level of seasonal hiring the company plans to make this year.

Toys R Us operates 875 Toys R Us and Babies R Us stores in the U.S. and Puerto Rico, and more than 635 international stores and 145 licensed stores globally.