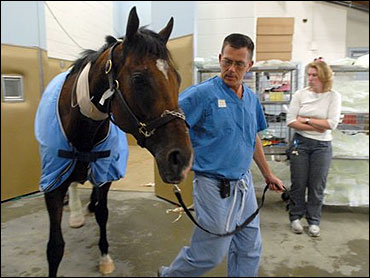 The only Minnesota meltdown the Golden State Warriors enjoyed this time was the unseasonably warm weather that thawed the usually deep February snow cover.

The Timberwolves made their 20-point first-half lead hold up Tuesday night as they routed the Warriors 112-89 behind rookie Wally Szczerbiak's 21 points, 10 assists and nine rebounds.

Terrell Brandon had 21 points and Kevin Garnett added 18 points and 14 rebounds for Minnesota, which blew a 20-point first-half lead the last time the Warriors came to town.

That incredible 58-point turnaround on Dec. 11 produced the Wolves' fourth-worst home loss ever, 104-76.

"We remembered what they did to us earlier in the season," Wolves forward Joe Smith said. "We didn't want that to happen again."

Wolves coach Flip Saunders has used that debacle ever since to teach many a lesson, and Tuesday night he made certain to mention it just one more time.

"I just told them when we were up big that this team was down 20 and came back and beat us by 28," Saunders said. "And in that game, down the stretch they had a lot of fun at our expense. And so I think our guys were very much aware of that."

The Warriors didn't exactly take comfort in their past success when they again fell behind early.

"That was a different game," Donyell Marshall said. "Our coach is right when he says that the halftime score doesn't mean much. But you've got to turn it on in the second half, and we just didn't ..."

Golden State brought a much different lineup into Target Center this time, with three different starters, including Erick Dampier, who missed the Warriors' first 0 games after a knee operation and started for the sixth straight time.

But the Warriors didn't have second-year star forward Antawn Jamison, who will likely be sidelined the rest of the season.

Jamison, who leads the Warriors in scoring (19.6) and is second in rebounding (8.3), underwent arthroscopic surgery on his left knee Tuesday in Los Angeles.

The Warriors had been eager to see how Jamison and newly acquired guard Larry Hughes work together. But the organization doesn't want to rush Jamison back just to see him play the last week or so this season for a team not going to the playoffs.

A game against the depleted Warriors came at the right time for Minnesota, which had dropped five of six, including a trio of three-point losses that were the result of sloppy finishes.

The Wolves didn't have to worry about that this time because they jumped on the Warriors early and, for a change, held on. They led 53-33 with 2:25 left in the second quarter on Brandon's breakaway basket, took a 57-42 lead into the break and a 79-65 lead into the fourth quarter.

"The only good thing I can say is we shot a lot of free throws," coach Garry St. Jean said of the Warriors' 30-of-36 foul shooting.