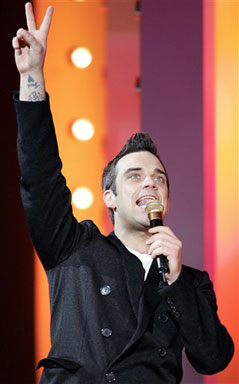 Once again, Todd Jones didn't make things easy for himself. But he got the job done.

Brian Moehler remained unbeaten at home and Jones got his 10th save as the Detroit Tigers beat the Minnesota Twins 3-2 Monday night.

Bobby Higginson homered for the Tigers, who snapped a six-game home losing streak with just their fourth win in their last 14 games overall.

Todd Walker and Matt Lawton homered for the Twins.

Tigers manager Buddy Bell called on Jones, who blew two straight save opportunities last week against Houston, to start the ninth with the 3-2 lead.

Jones walked leadoff batter Marty Cordova and went 3-0 on Lawton before he grounded a hard shot that first baseman Tony Clark speared and turned into a 3-6 double play. Ron Coomer then lined out to Joe Randa at third to end it.

"After I walked the first guy and was 3-0 on Lawton, I was a couple of pitches from coming out," Jones said. "But that's the essence of this job. You have to keep believing in yourself. It seemed like nobody did but me and Buddy."

"Moehler pitched a great game tonight," Twins manager Tom Kelly said. "He's got a nice fastball, slider and change. He pitched a whale of a game tonight and got some double plays."

The Twins put their leadoff runner on base in every inning from the second through the seventh, but could score only on the solo homers by Walker and Lawton. Two double plays helped bail Moehler out of trouble.

"I guess I made some good pitches tonight when I had to," Moehler said. "When I get a guy on base, then I really start trying for a groundball. You can't go for a strikeout there."

Brad Radke (8-5) lost for only the second time in his last seven decisions. He allowed three runs on eight hits, struck out four and walked none in eight innings.

"Nothing really felt sharp," Radke said. "My fastball didn't feel like I had anything on it and I didn't really feel like I was hitting my spots very well."

Trailing 2-1, the Tigers scored two runs in the bottom of the seventh to take the lead.

Luis Gonzalez led off with an opposite-field double down the left field line and scored on Damion Easley's single. Easley moved up on Randa's sacrifice and scored on Paul Bako's single.

"They got a little break with the ball down the line and a couple of balls up the middle, but they executed the bunt real well and the catcher (Bako) brought him home," Kelly said.

Radke said he made a mistake throwing Gonzalez a pitch on the outside part of the plate.

"It seems like every ball he hits is away," Radke said. "I should've thrown him in."

Bell was happy with his team's execution in the seventh.

"Tonight we were able to do a few things," he said. "Against a guy like Radke, you have to manufacture some runs."

Higginson gave the Tigers a 1-0 lead in the first when he hit his 14th homer into the upper deck in right.

Walker tied it in the sixth with his second homer in two days, and the Twins took a 2-1 lead in the top of the seventh on Lawton's sixth homer of the season.

"We just couldn't put anything together offensively," Kelly said. "You have to give the other guy credit for that."

Notes: The Tigers activated Bip Roberts from the 15-day disabled list and optioned infielder Paul Catalanotto to Triple-A Toledo. Roberts, who was Detroit's designated hitter Monday, went on the DL on May 28 with a strained right hamstring. ... The Twins began a stretch in which they will play 23 of 31 games on the road. ... The Tigers purchased the contract of right-hander Denny Harriger from Toledo and designated right-hander A.J. Sager for assignment. Harriger, an 11-year minor leaguer who was 4-5 at Toledo, will make his big-league debut Tuesday night against the Twins.