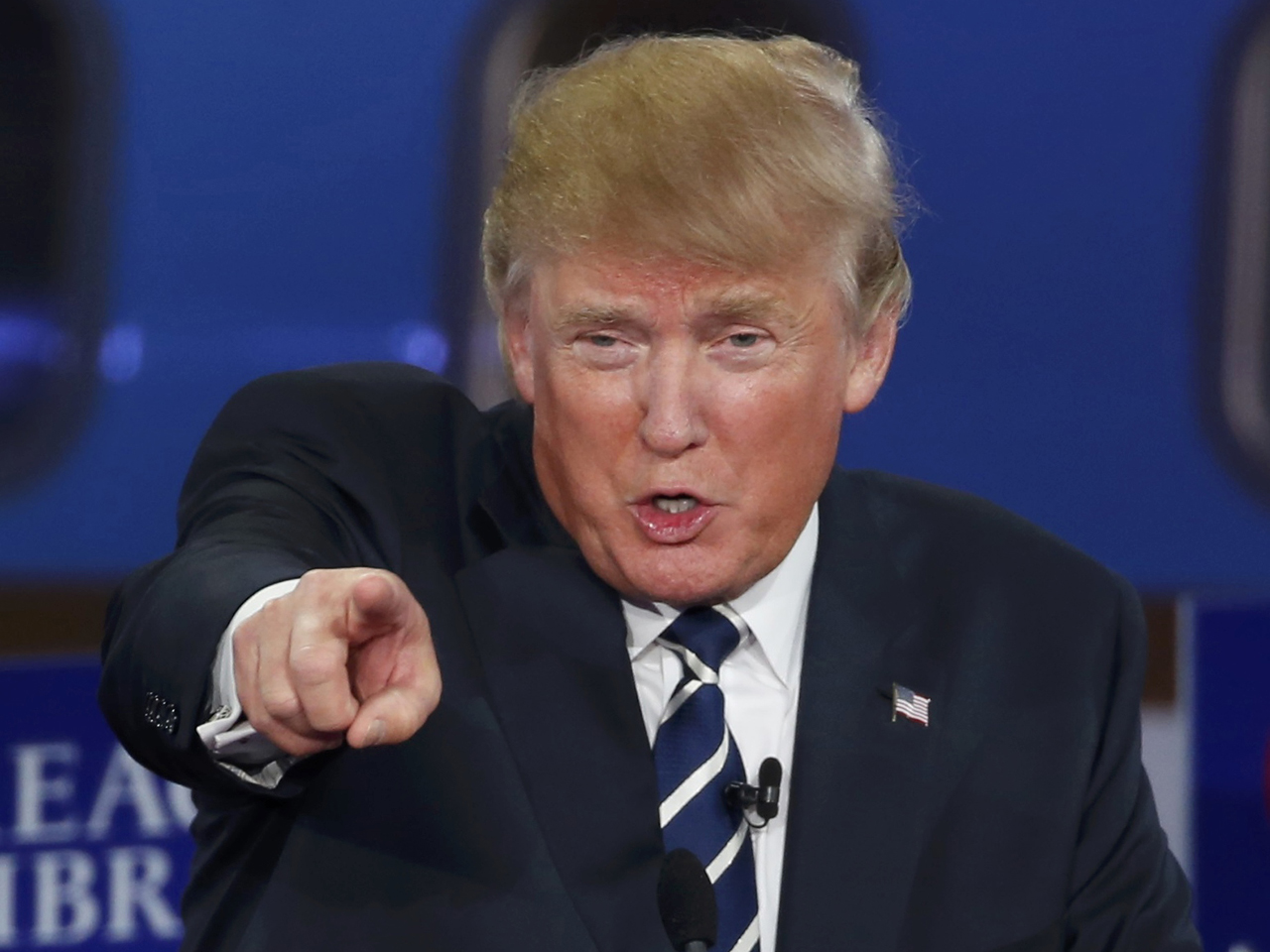 The 11 presidential candidates in Wednesday night's primetime Republican debate bickered and talked over each other for three hours, but the real standout moments came as they attempted to rise above the fray. In most cases, that meant trying not to lose their cool while arguing with front-runner Donald Trump.

A top Pentagon official has acknowledged the president's plan to defeat ISIS is not working. The plan called for a force of 12,000 Syrian opposition fighters who, with the help of American airstrikes, could take back territory from the extremists. The number of trained rebels who have reached the battlefield, however, is less than 10.

Tension boiled over on the Hungarian border with Serbia as migrants desperate to continue their journey toward Western Europe broke through a barrier, drawing a harsh response from riot police who unleashed tear gas and water cannon on dozens of families with small children.

The Federal Reserve is set reveal whether it is raising interest rates for the first time since 2006. As the days of "easy money" seemingly draw to a close, we explain what it could mean for the economy, and your finances.

If you think running a marathon is a feat in itself, imagine doing an ultra-marathon up a mountain. At "The Rut Mountain Race" in Big Sky, Montana, athletes cover more than 10,000 feet of elevation. The sport is known as "skyrunning," and in our "CBS This Morning" series, "Pushing the Limits," we meet the elite athletes catching a high-altitude adrenaline rush.

With many Americans lacking access to a retirement plan, some states are moving to provide employers with 401(k)-like private plans so workers can save money. If it succeeds, the approach could serve as a model for other states, and an important tool for addressing the nation's shortfall in retirement savings.

Music icon Elton John is singing the blues after learning that what he thought was a phone call from Russian President Vladimir Putin was actually a prank -- one that has elicited reaction from the highest levels of politics and pop culture.

BBC journalists among those black-listed by Ukraine

French embassy in Rome shows off frescoes after facelift

Jeb Bush says he smoked pot when he was young

Fiorina responds to Trump's comments about her face

5 reasons you need a trust, not a will

College isn't nearly as costly as you think

Google Street View lets you walk with elephants in Africa

What drinking coffee at night does to your body clock