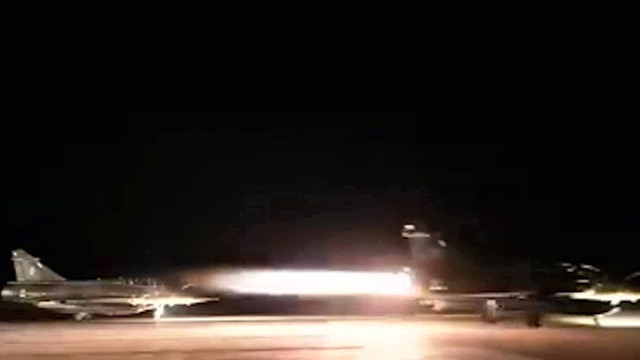 Russian President Vladimir Putin's government says investigators found traces of explosives amid the wreckage of the Metrojet airliner that crashed down onto Egypt's Sinai Peninsula in pieces at the end of October, proving it was a "terrorist" act.

In Iraq, Kurdish Peshmerga fighters hunt down terror suspects every day, although almost always at night. CBS News went along with a team of Peshmerga on an operation to capture an ISIS sleeper cell believed to be behind some of the worst atrocities in the country.

More American governors are saying they'll close their states to Syrian refugees because of concerns stemming from the Paris attacks that terrorists may be hiding among them. But do the state leaders actually have the power to reject immigrants given refugee status by the federal government?

The intense search for the lone surviving Paris suspect, Salah Abdeslam, is centered around Molenbeek, an impoverished neighborhood in the Belgian capital of Brussels where experts say the jihadist and criminal worlds meet. It's a one-stop shop for drugs, explosives and automatic weapons; a terrorist's dream, and a security nightmare.

A Texas father is pleading for the return of his 6-year-old son, who he says was illegally abducted by his ex-wife and taken to Brazil. He's calling on the State Department and a sitting congressman to help his cause, and he tells CBS News about his ordeal.

It's hard to avoid food during the holiday season. It's everywhere. But when it comes to thinking about your stomach, don't forget to think about your wallet. CBS News spoke with Stephanie Smith, senior editor at Yahoo Food, for tips on how to shop smarter for food this holiday season.

Think of it as the Oscars for inventors. Every year, a handful of men and women whose technological innovations changed the world are inducted into the National Inventors Hall of Fame. Meet some of the 16 inventors, past and present, who made the cut this year.

Hollande calls on Obama, Putin to "unify our strength"

Guess who now ranks with America's most hated industries

Why so few eager students will earn a STEM degree

After Paris, how to talk to kids about terrorism